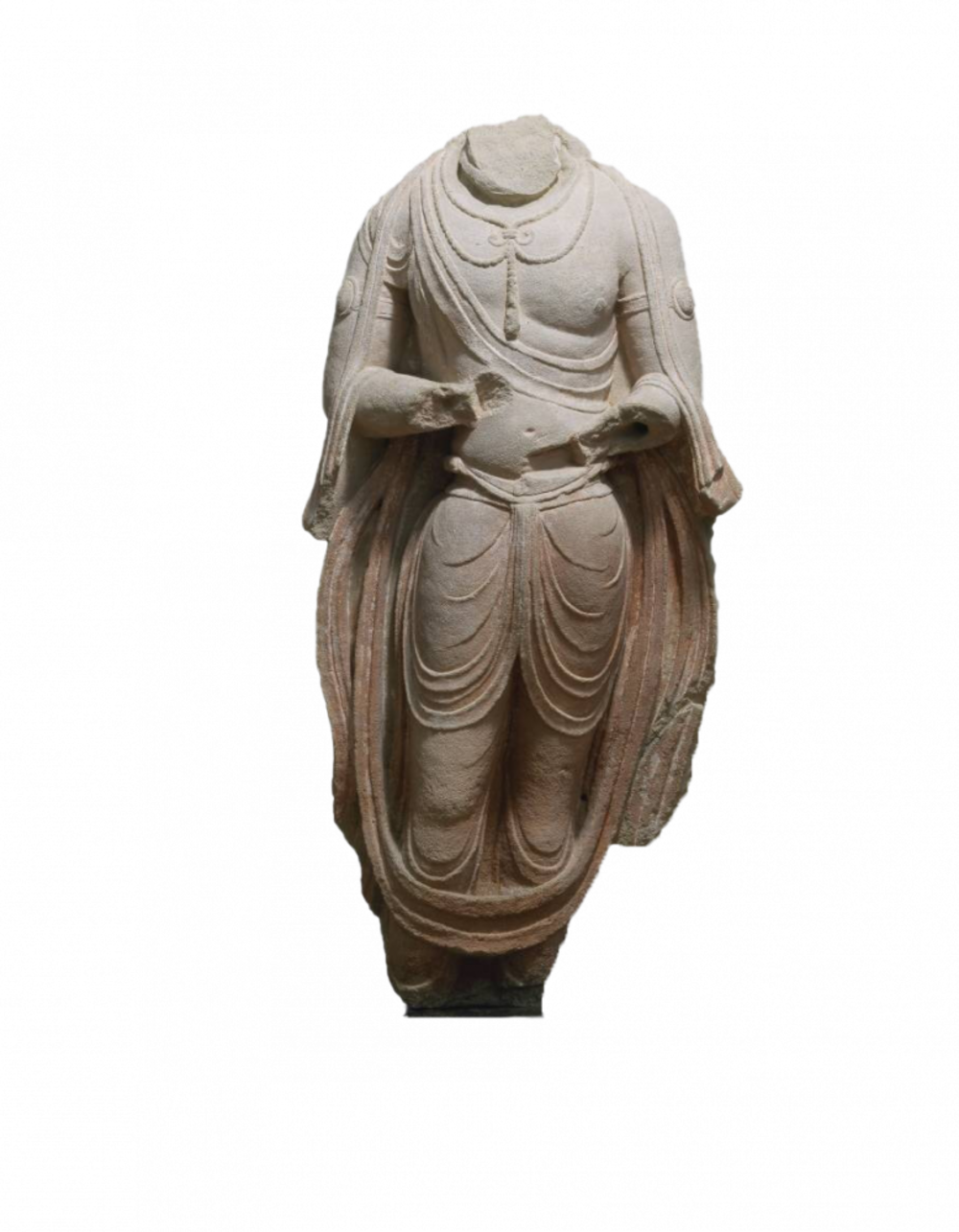 How is the Buddha Represented in Art?

Many of the details we observe in Buddha figures are inspired by his life story. The protuberance on his head and the elongated earlobes are two such features.

According to legend, the Buddha grew up as the son of a prince in northern India. He thus wore heavy jewellery, even as a child. Like all aristocratic men in India at the time, he wore his hair in a topknot under a turban.

At around the age of thirty, he made a radical change in his life. After having encountered sickness, death, and loss, he realized that human life was marked by suffering. He therefore decided to leave behind his life of wealth and luxury and seek a way to overcome suffering as a mendicant monk.  He discarded his earrings, but his elongated earlobes remained. He removed his turban and his topknot was revealed.

In the regions where Buddhism flourished, the Buddha was represented according to local ideals of beauty. Such images of the Buddha began appearing on the international art market in the 19th century. Ever since, Buddha replicas have been extremely popular across Europe, the United States, and Australia, and can be found for sale in any number of garden centres or furniture stores.

In this thread you will expand your knowledge about the representation of the Buddha in art. You will also learn why Buddha figures found great favour among art dealers in the 19th century.