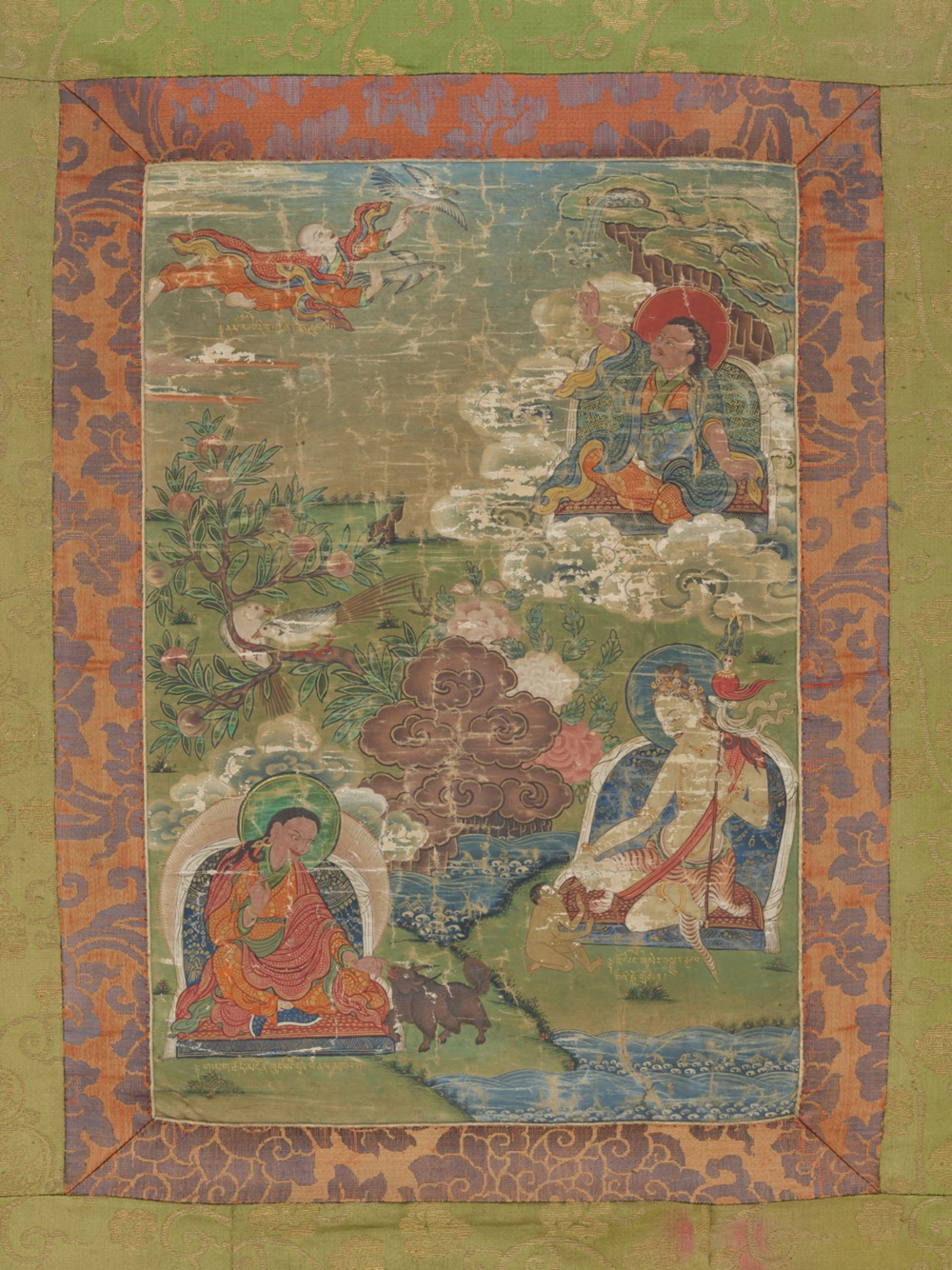 The pupils of the Tibetan teacher Padmasambhava were believed to possess magical powers. This picture shows four masters set in an idyllic landscape. At the top left, Yeshe Yang, who had the ability to take to the air, is poised in heaven. To his right is the translator Karchen Palgyi Wangchuk, his hand raised in a threatening gesture; his magic dagger had the power to produce fever in his enemies. Tenpa Namkha, shown in the lower left, could soothe even the wildest yak with a mere gesture. Opposite him is the yogi Gyalwa Choyang, distinguished for his absolute adherence to the rules.