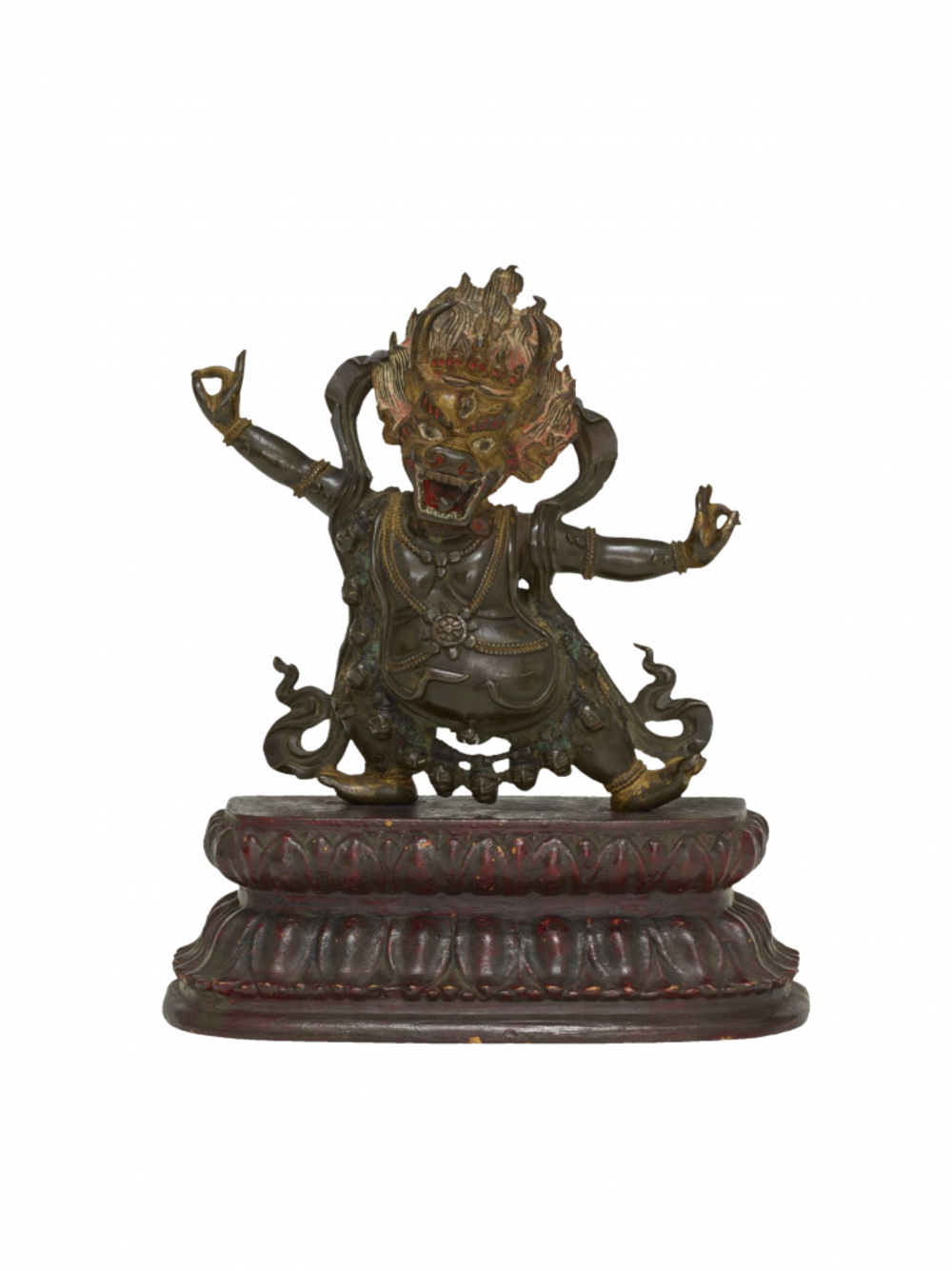 This tutelary deity originated in ancient India, and is regarded as the lord of the underworld. Yama is usually depicted dancing on the back of a buffalo. The animal is not included here, but the dancing pose is retained. Yama has the head of a buffalo; across his chest he wears strings of beads from which hangs the Wheel of the Law. This signals his association with Buddhism despite his fierce appearance.