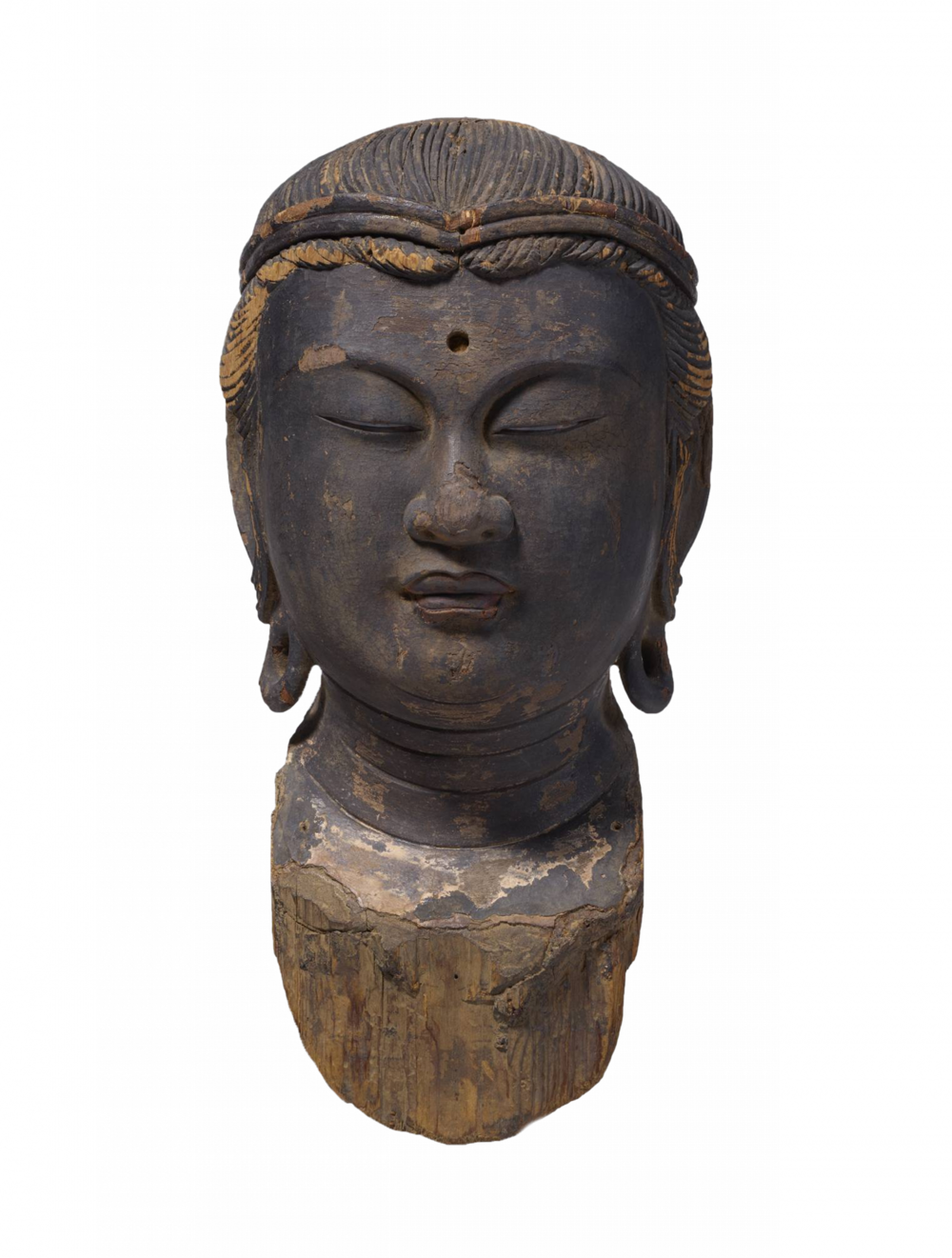 Head of a Bodhisattva

In Japan, wooden sculptures were usually assembled from separate parts to avoid stress cracks. This head, for instance, was originally inserted into a body that no longer exists. The head itself also consists of several parts. This made it possible to insert lenses made of rock crystal behind the open eye slits; iris and pupil were painted on. In the dim light of a temple hall, the glistening eyes must have given the figures an aura of dramatic vividness.