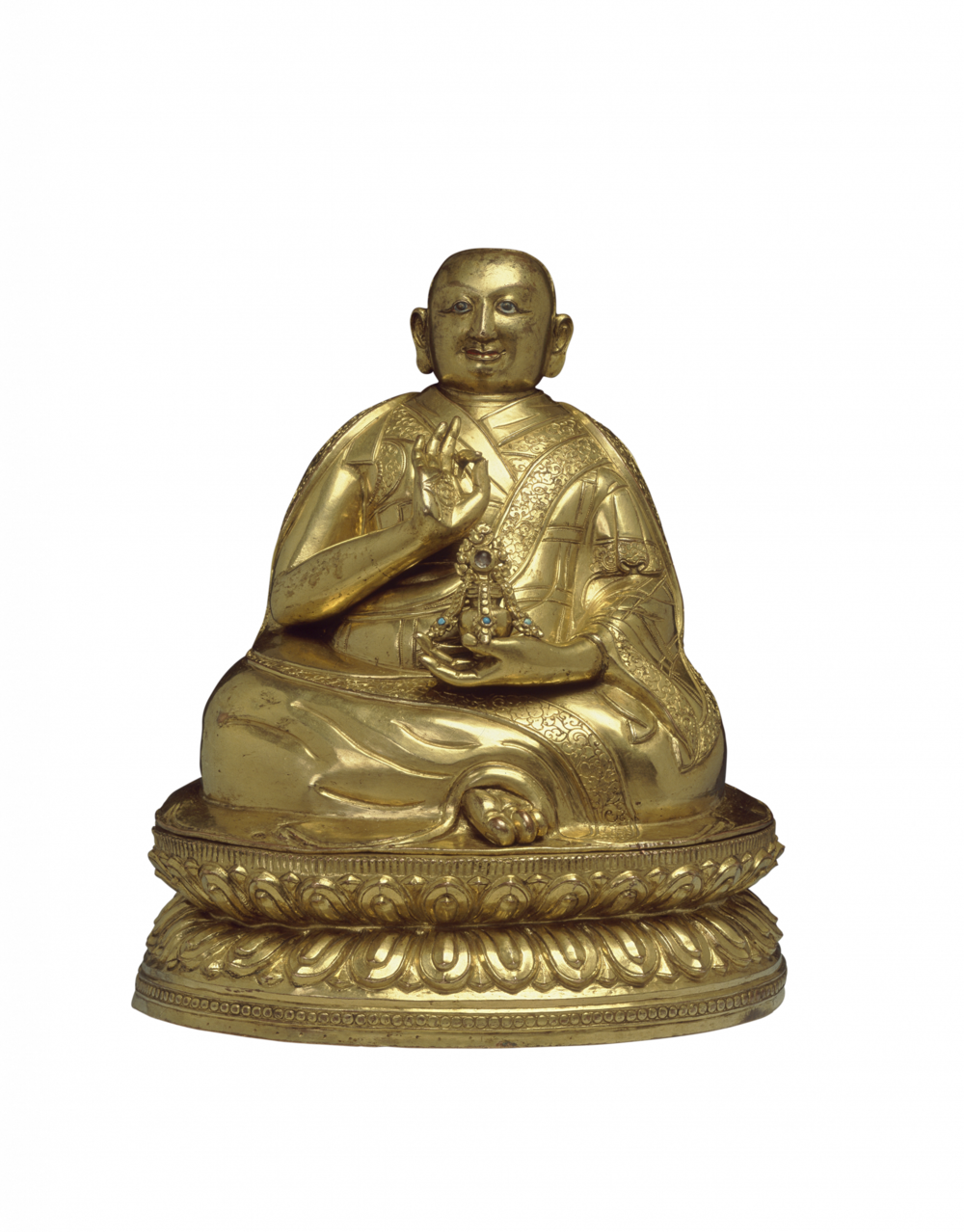 This figure has portrait-like features. The stout body, round face, large ears, and shape of the eyes are found in other figures of the renowned teacher Gendün Gyatso. His robe is richly decorated with a floral motif. His right hand is raised in the gesture of teaching, and his left hand holds a vessel containing a twig inset with turquoise and crystal.

Gendün Gyatso belonged to the incarnation lineage of the Tibetan Gelug School. He was the abbot of the main monasteries and, thanks to his captivating teaching, was able to expand that school’s influence. When his successor received the honorific title of “Dalai Lama” from the Mongol ruler in 1577, he in turn conferred it on both his predecessors, which is why Gendün Gyatso is now considered to be the 2nd Dalai Lama.