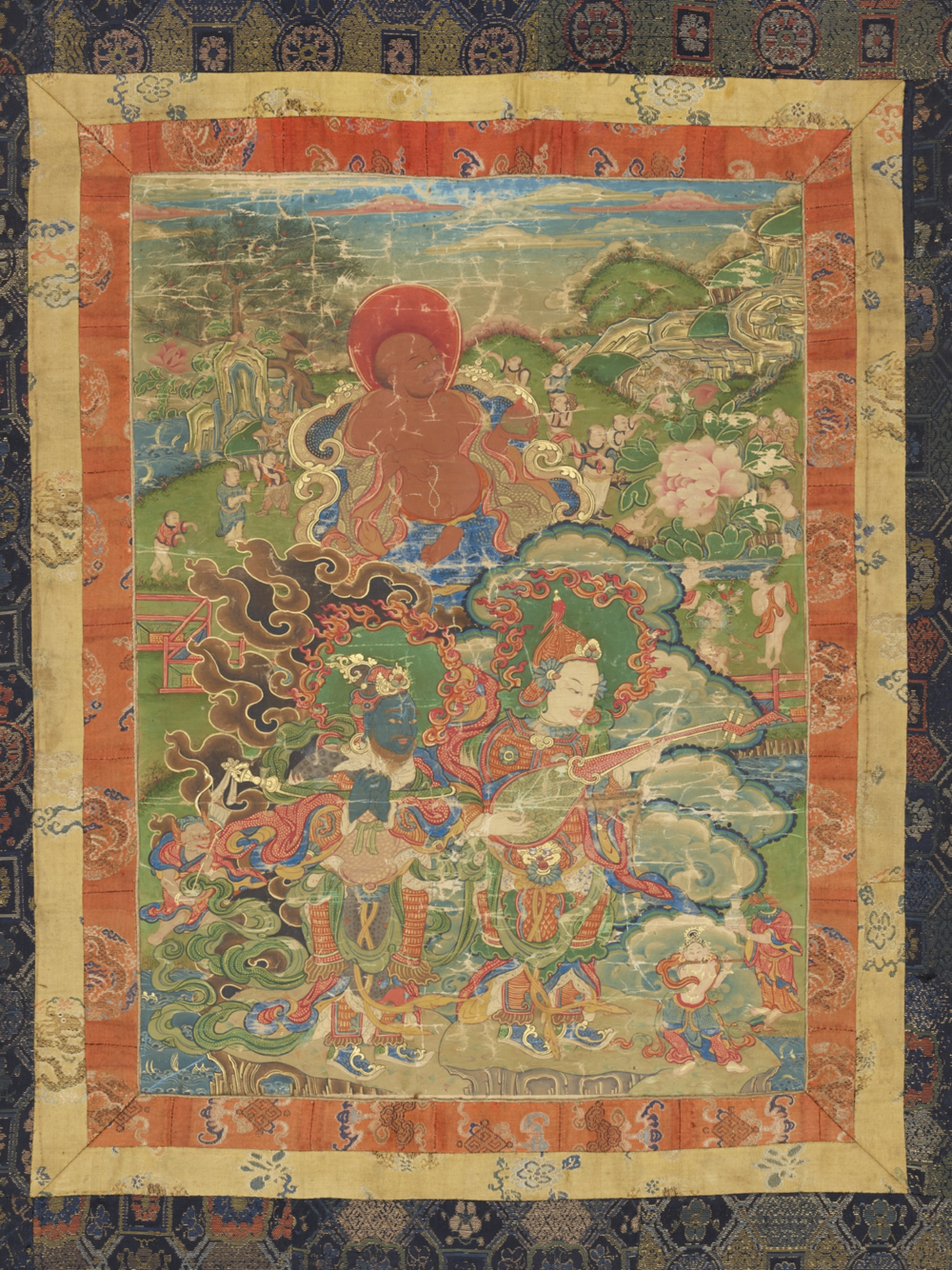 This is the leftmost scroll in the series of 7 thangkas. It shows two of the four guardians of the universe who defend the Buddhist teachings in all four directions. They are depicted as generals in armour.

Above the scene, the Chinese monk Huashang is depicted with a fat belly and a laughing face. Playful children are jumping on and around him. According to the Tibetan tradition, he is said to have delivered an invitation from the Chinese emperor to the 16 arhats. In Tibet, Huashang is considered the 18th arhat.