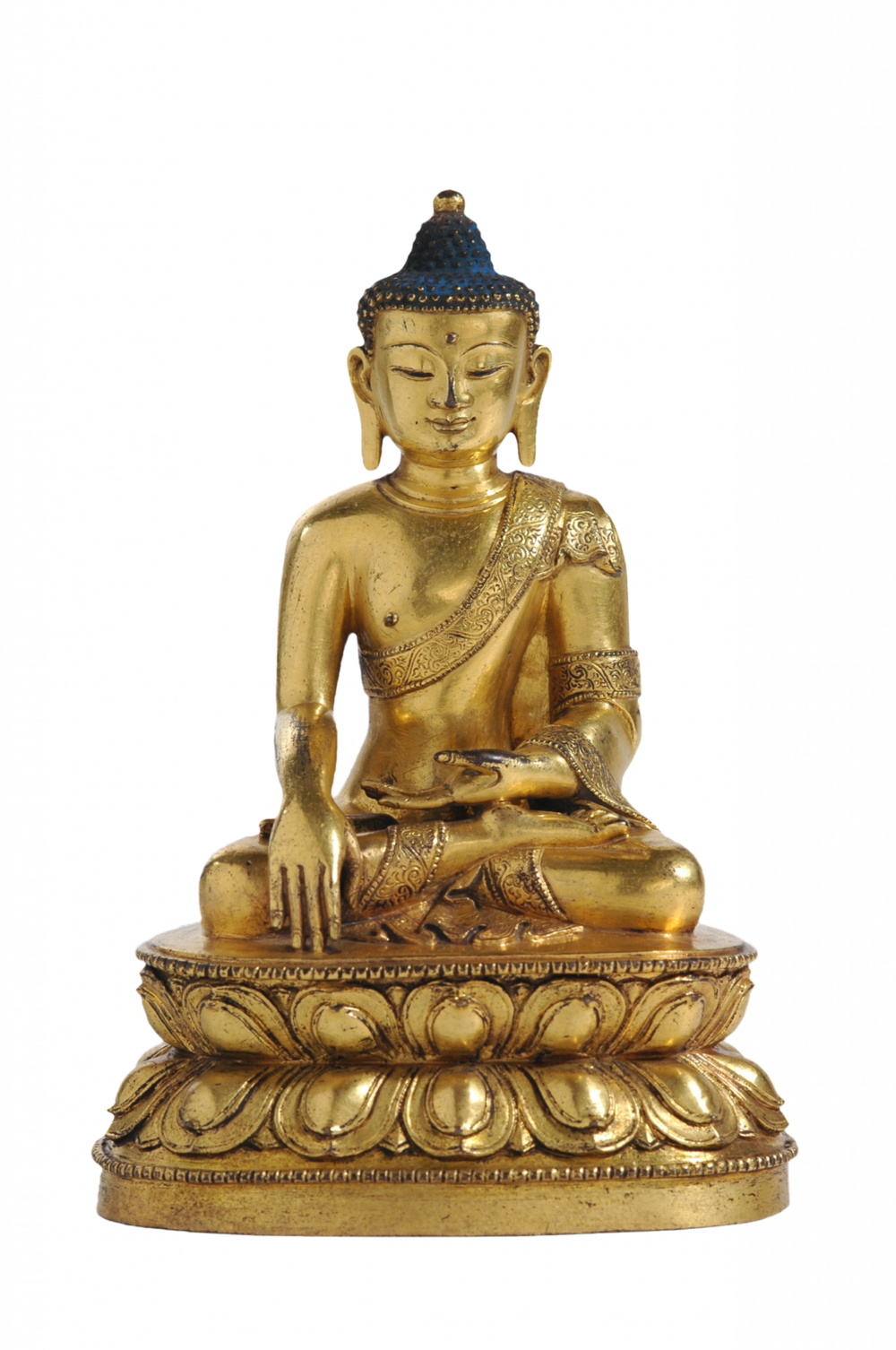 The Buddha is seated in the diamond posture on a broad-leafed, double lotus throne. In the Buddhist tradition, the lotus serves among other things as a symbol of spiritual growth and awakening. That is why images of awakened beings tend to be seated upon a lotus throne. The Buddha’s left hand rests in his lap; with his right hand he displays the earth-witness gesture. His head of tight curls still reveals traces of lapis lazuli, which was commonly used in Tibet for ritual ornamentation. This figure was quite probably cast in eastern Tibet: its face is strongly reminiscent of contemporaneous Chinese pieces. Tibetan work that shows Chinese influences is described as “Sino-Tibetan”.