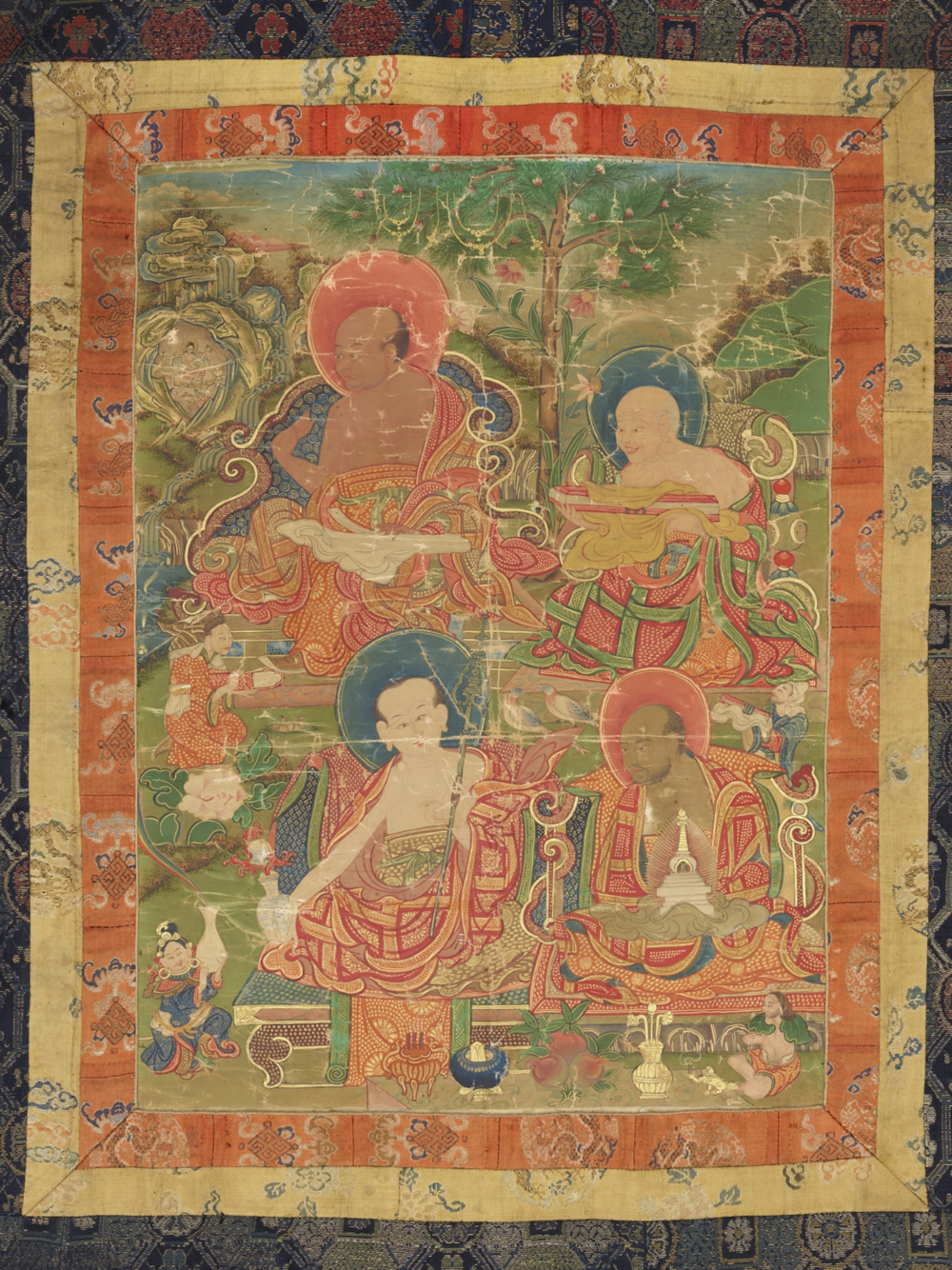 The Arhats Panthaka, Gopaka, Nagasena, and Abheda From a series of 7 thangkas with Buddha Shakyamuni and the 18 arhats

This scroll is from a series of representations featuring the Buddha’s legendary pupils. They are each equipped with different attributes, while the different shades of skin suggest in which area of Asia they were active.

Panthaka, for instance, who is holding a book, is said to have taught in the Himalayas; Nagasena. who is carrying a vase of jewels and a rattle stick, spread the Buddhist teachings among the gods in heaven. Abheda was given a stupa by the Buddha to protect him against evil spirits when he travelled to the mountains of Tibet to win the people over to Buddhism.