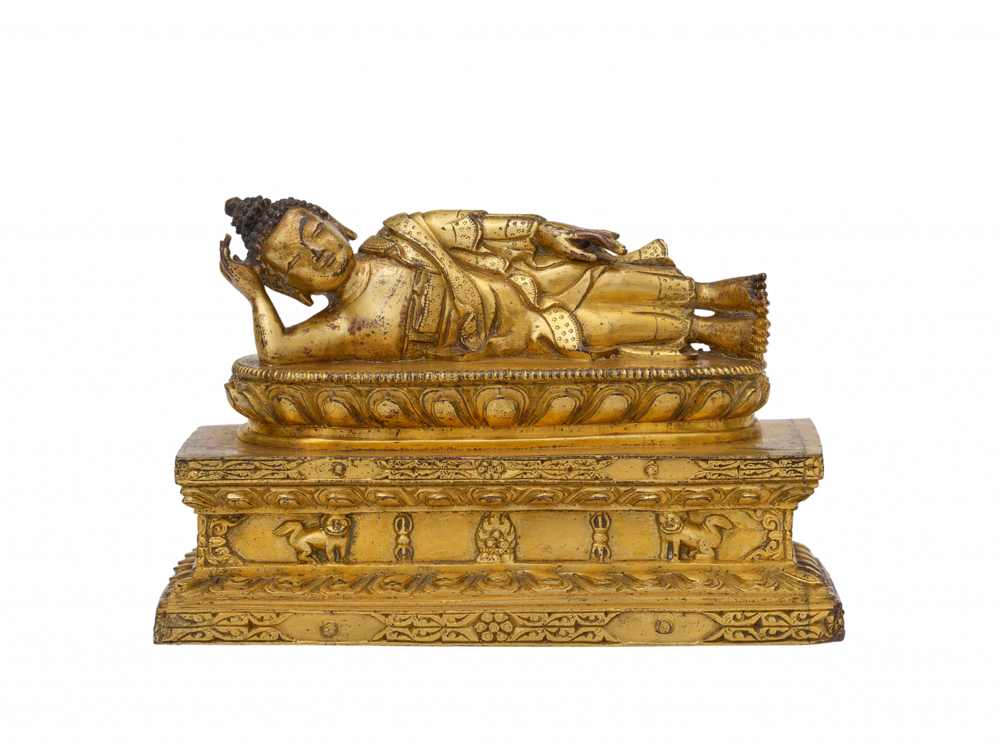 The Buddha’s parinirvana – meaning his final liberation from the cycle of death and rebirth – was an early subject of Buddhist stone sculptures, many of which were monumental. This figure, in contrast, is one of the smallest to treat the subject. As described in the Buddha legend, he lies here on his side and supports his head in his right hand.