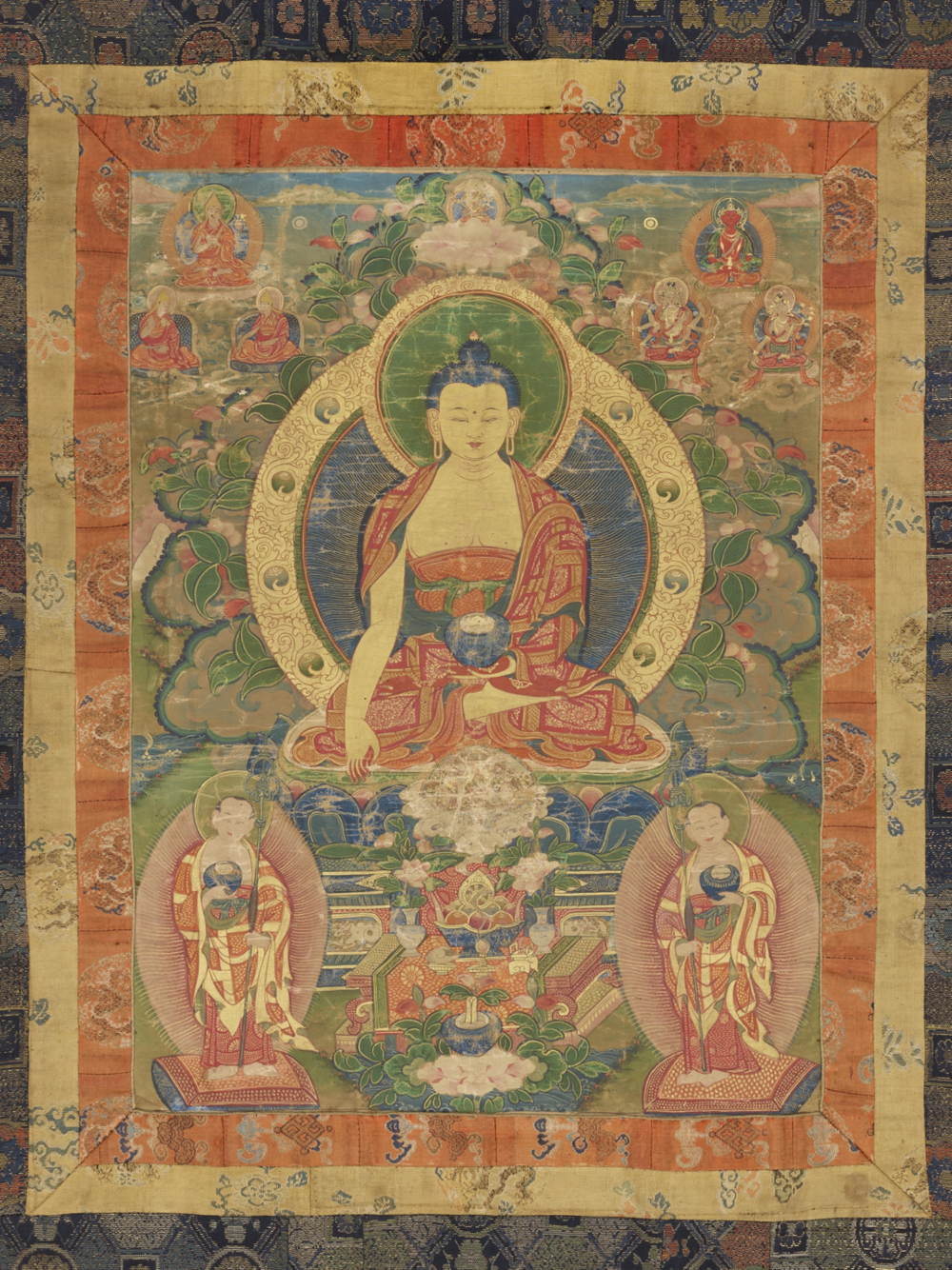 This is the centrepiece of a series of seven Tibetan scrolls, which show the historical Buddha with 18 of his legendary pupils. These so-called arhats are venerated as immortal patriarchs who use their magical powers to uphold the Buddhist teachings for posterity. Just about every Tibetan temple has such a picture series.

Here Buddha Shakyamuni is seated on a decorated lotus throne. His right hand makes the gesture that signifies ultimate insight. His left hand holds a begging bowl which stands for the ideal Buddhist path: living as a monk or nun.