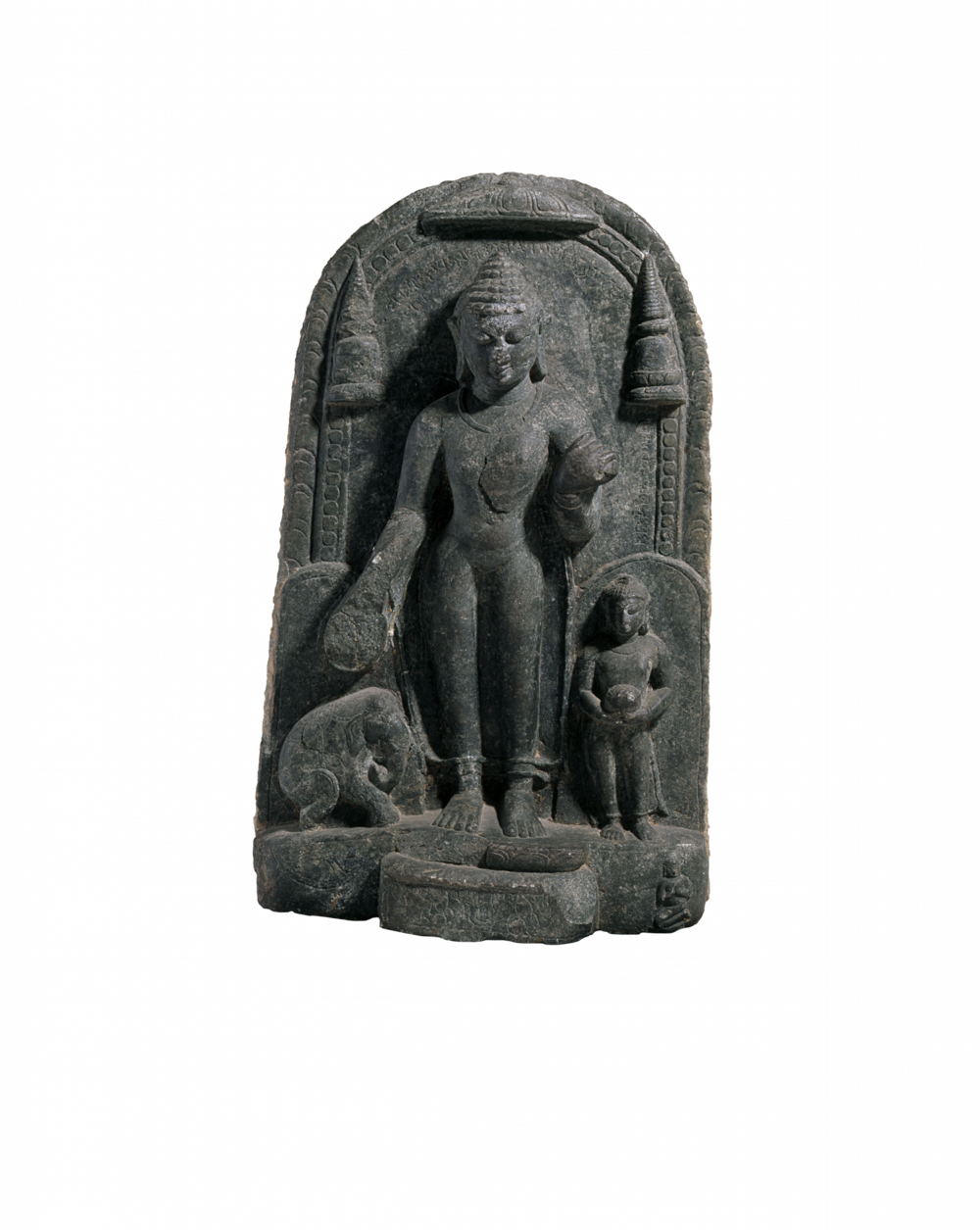 This scene portrays the Buddha taming Nalagiri, a wild elephant sent to kill him.

Devadatta, a former disciple and later rival of the Buddha, had attempted to oust him several times. When his efforts failed, he sought to murder the Buddha by asking a mahout to set the powerful elephant Nalagiri on the Buddha. Nalagiri was first given alcohol, but when he raced towards the Buddha, the latter stood his ground and was able to calm the animal.