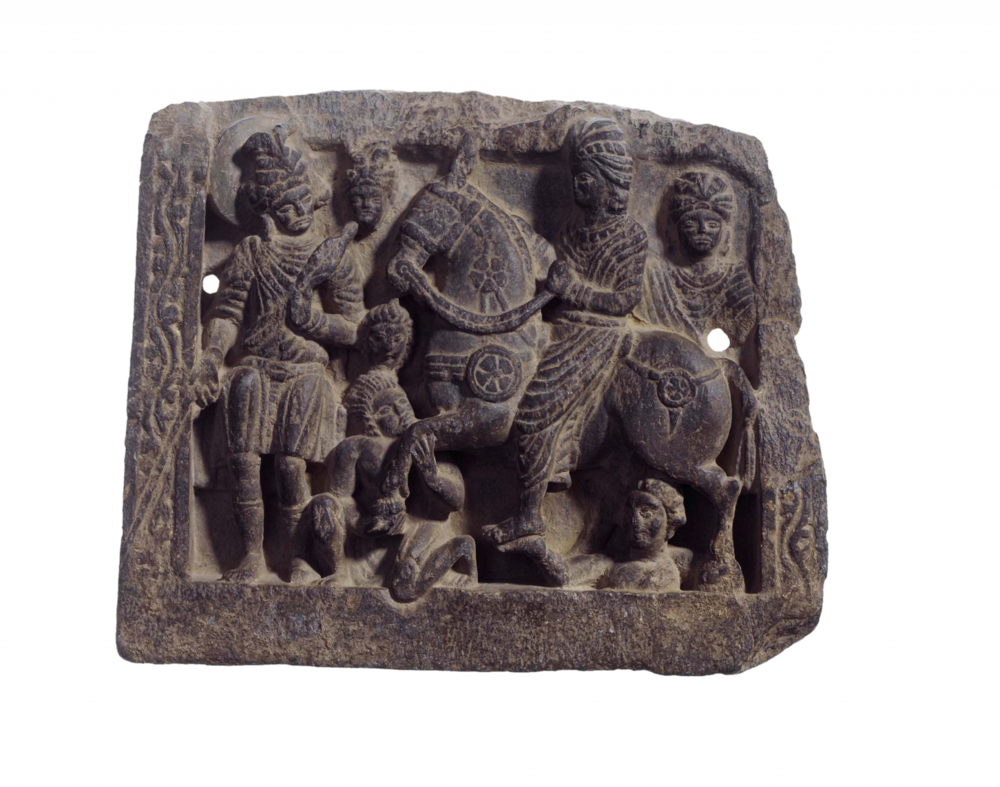 This relief depicts Prince Siddhartha’s flight from his father’s palace.

Having witnessed human suffering on four excursions, the prince decided to abandon his home and family and go in search of religious fulfilment. His royal parents would never have supported such an endeavour, so he had his horse saddled in the dead of night, ready for departure. Meanwhile, the gods had made the entire town fall into a deep sleep. In order not to awake anyone in the palace, heavenly beings lifted up the horse's hooves from the ground.