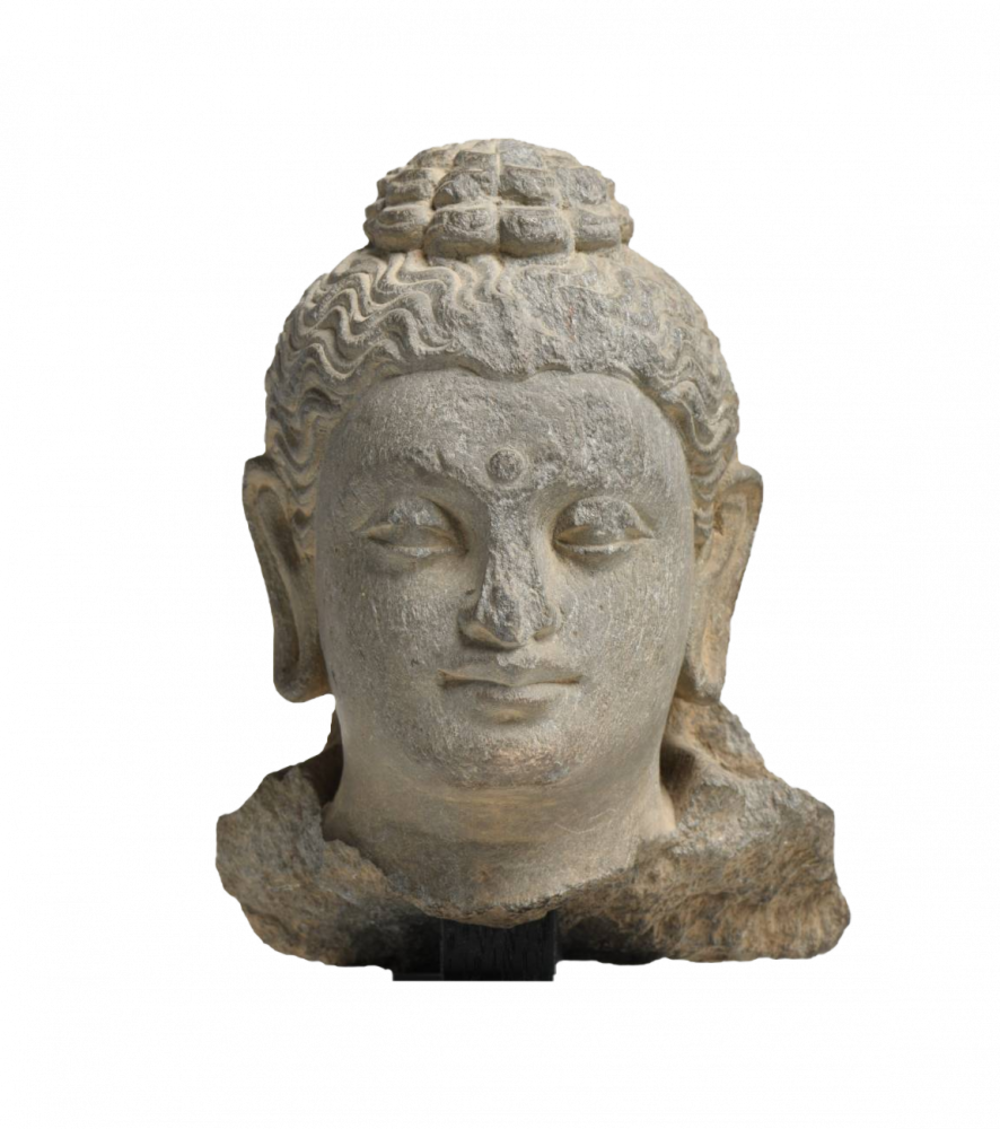 Head of the Buddha

This head once formed part of a sculpture of the Buddha, as indicated by the whorl of hair, called an urna, between the eyebrows; it is one of the marks of the Buddha. His long curly hair is arranged into a topknot. Fragments of Buddha sculptures from Gandhara, heads especially, were in great demand in Europe, North America, and Japan from the early 20th century onwards. Gandharan art was fashionable at the time. It was then that this head entered the collection of Werner Coninx, the previous owner of this piece.