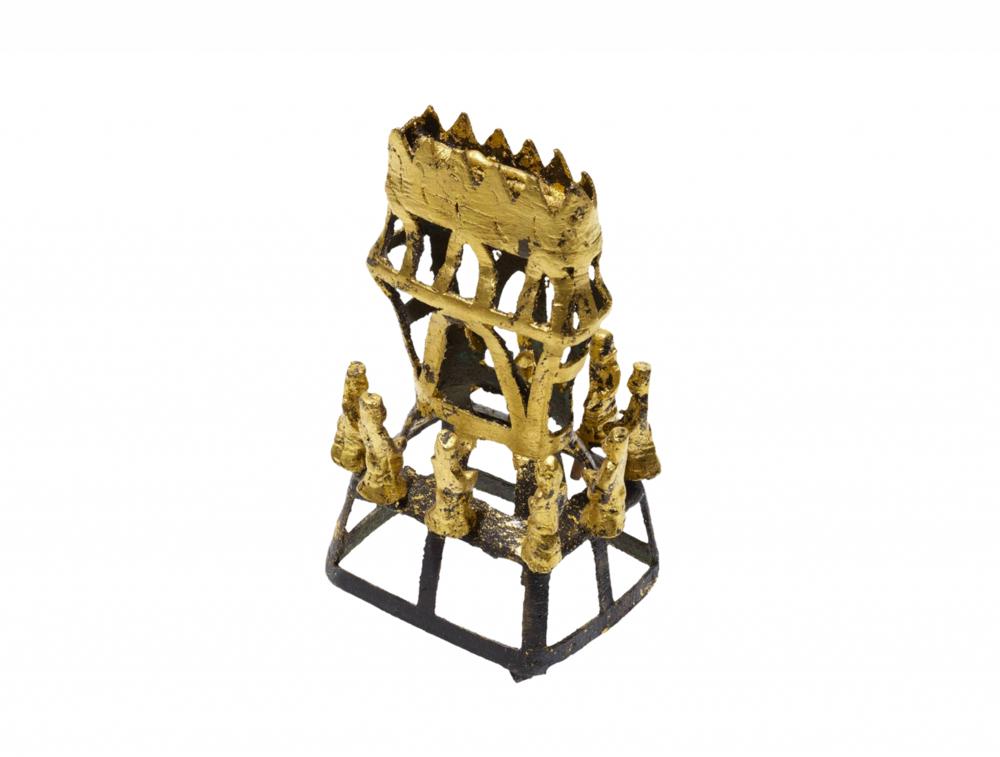 The Death of the Buddha

The object shows the deceased Buddha laid out in a coffin on a high scaffold. Around him are eight monks with their hands folded, paying their last respects. As they bid him farewell, the Buddha's body is cremated..

In Myanmar, objects like this were placed in reliquary shrines in large numbers. People donated them as a token of reverence and in the hope of accumulating merit.