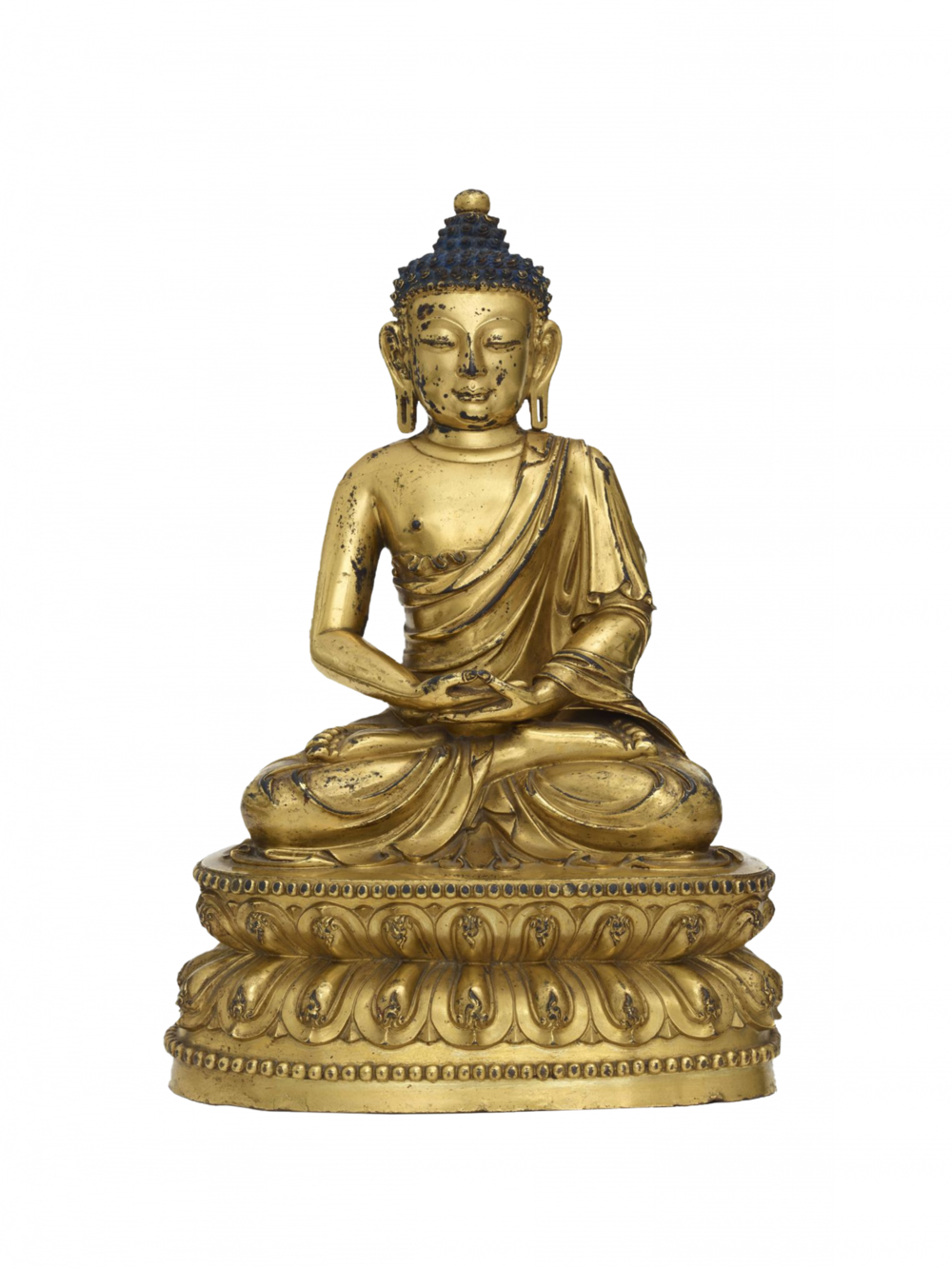 This figure was cast in the imperial workshops of China’s Ming dynasty in Beijing. During the 15th century, Chinese emperors were closely associated with Tibetan religious leaders for political and personal reasons. Small figures like this were produced both for use in religious rituals in imperial temples and as gifts for Tibetan masters and dignitaries.

This piece was produced in the so-called Sino-Tibetan style; superlative craftsmanship and influences from Tibetan-Nepali and Chinese art are fused here in formal perfection.