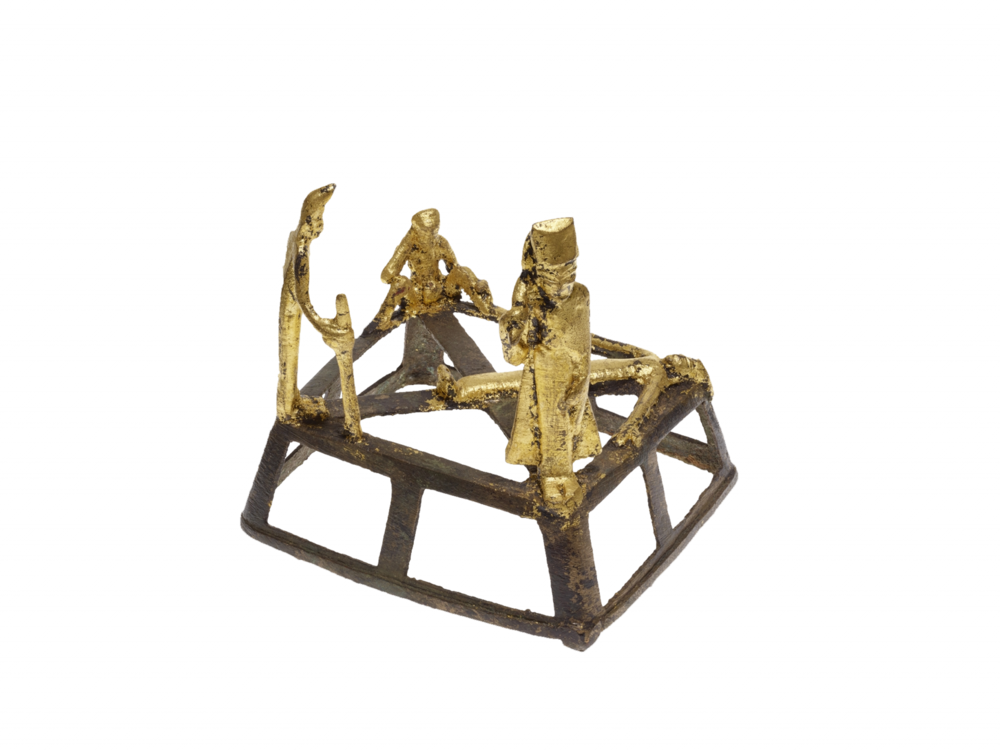 This group of figures shows an important episode in the Buddha's life story. On four excursions he encountered human suffering. Clearly recognizable at the centre of the group is the body of a deceased person. To his right, a sick man is sitting on the ground, and opposite him is an old man bent with age. On his left, a mendicant monk wearing a robe and a tall hat turns away; over his shoulder he carries a bundle with his personal possessions.

The scene marks a turning point in the life of the future Buddha. Having encountered all these forms of suffering, he decided to leave his family and his father’s palace and lead the simple life of a monk instead.