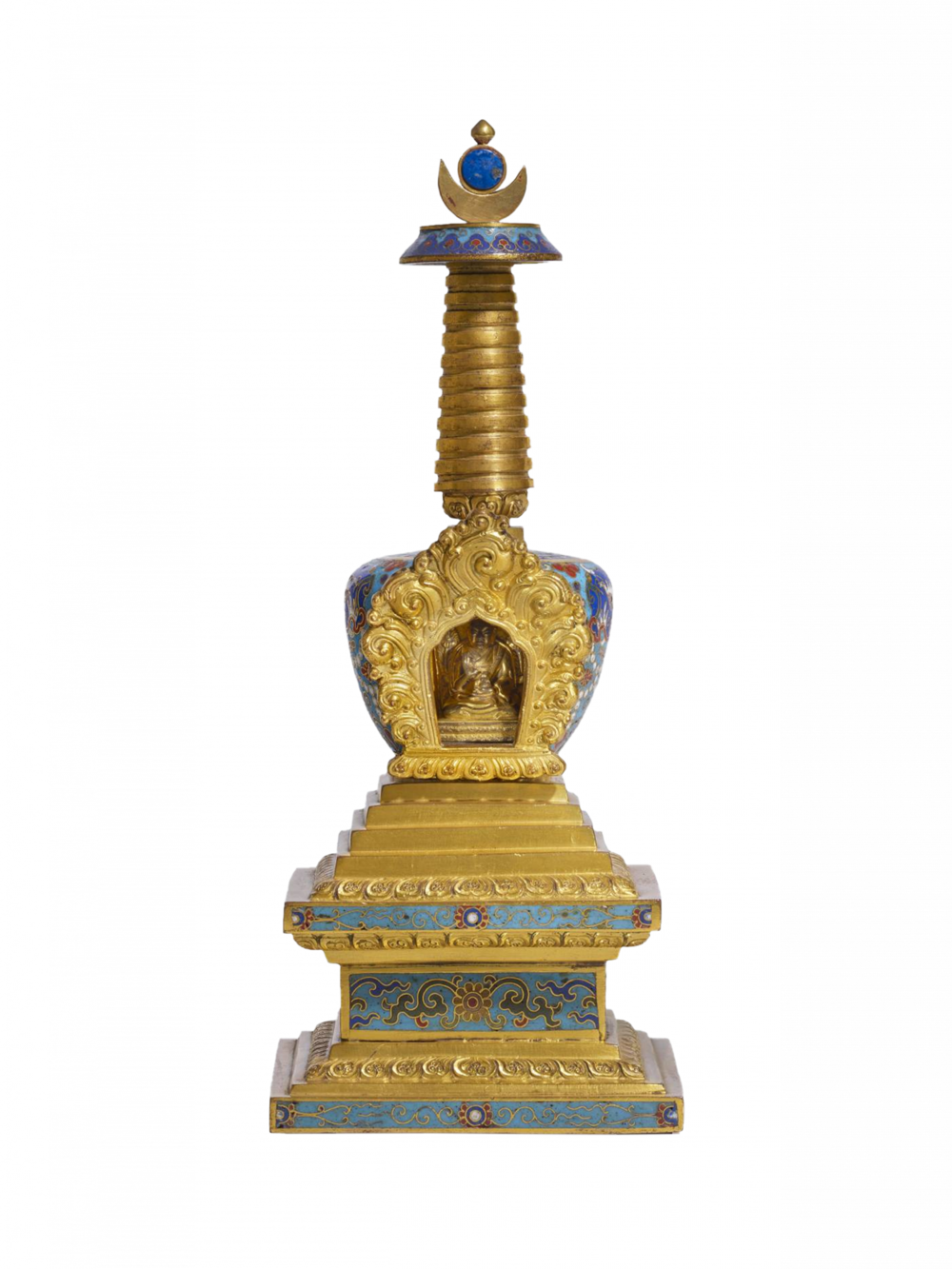 This stupa is modelled after forms typically produced in Tibet and other Himalayan countries. Above a square base with a narrow central section, a stepped plinth supports a vase-shaped dome. The finial is formed by a tower of umbrellas of diminishing size, atop which rests a canopy in the form of a lotus that supports a crescent moon, a sun, and a wish-fulfilling jewel.

The dome, canopy, and parts of the base are finished in the vibrant cloisonné technique, which was originally developed in Europe and was first used in Chinese workshops in the 15th century.