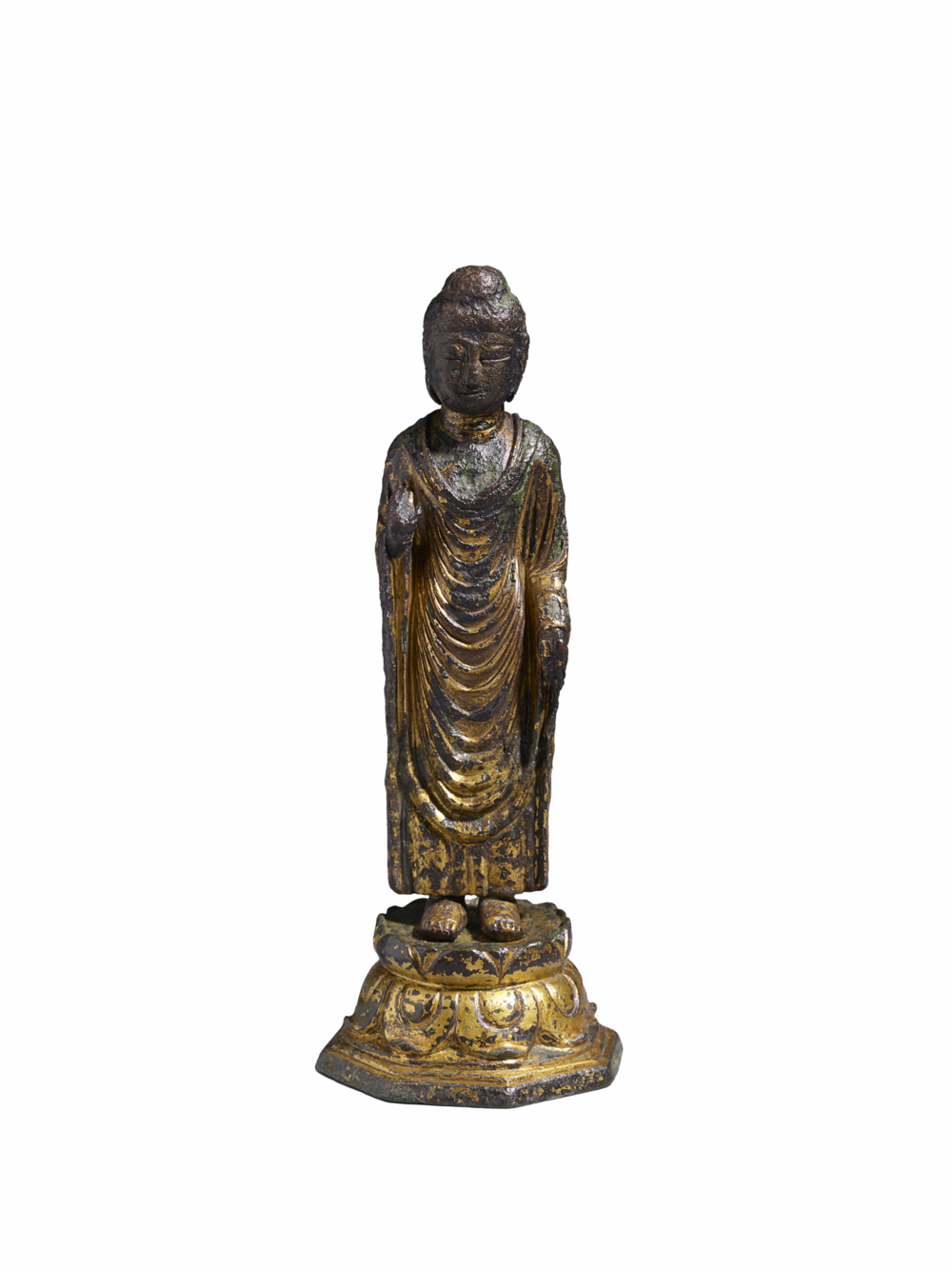 Buddhism reached Korea from India via China between the 4th and 6th century, and there it quickly gathered many followers. It was not long before it had become the state religion. Numerous temples and monasteries were built, which not only allowed for private veneration but also served to protect the state.

This small figure of a standing buddha was probably made for a home altar. It is characterized by its harmonious style and the decorative folds of the robe.