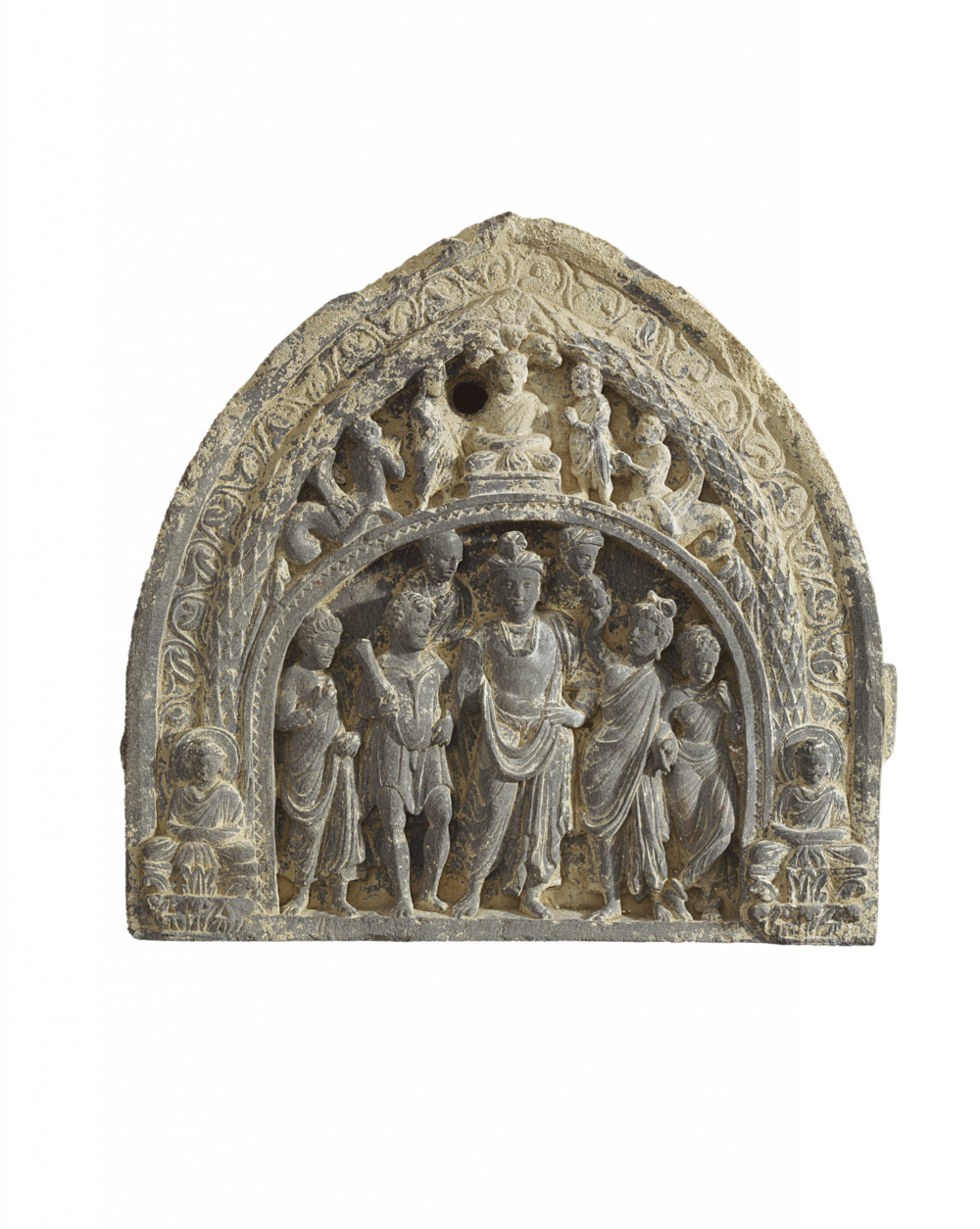 Under an arch, the story of Prince Siddhartha’s wedding unfolds. He is taller than his companions and recognizable by his princely robe, jewellery, and turban. A priest throws flowers at him with his right raised hand, while with his left hand he guides Siddhartha’s bride. The three are accompanied by Bodhisattva Vajrapani (recognizable by his thunderbolt), a clean-shaven monk, and two additional figures. In the upper half of the relief, two men and two fish centaurs pay homage to Siddhartha who, in the meantime, has become the Buddha. A garland encapsulates the scene and leads to two meditating buddhas at the bottom of the relief.