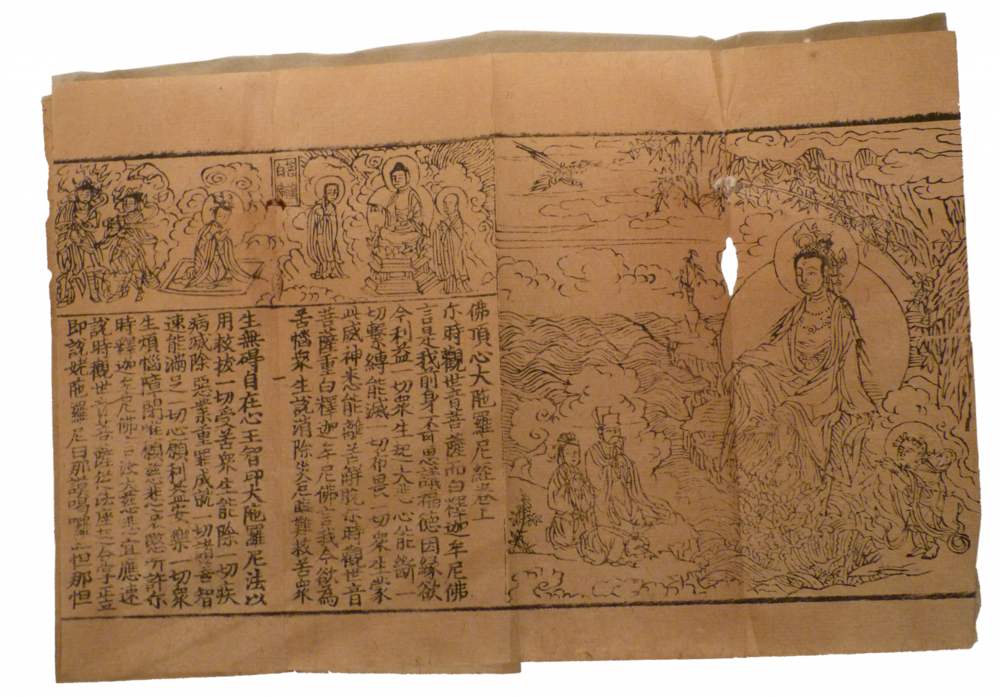 Dharani Sutra of the Heart of the Perfection of Insight

Large numbers of illustrated sutras such as this were produced in China. The cost of producing them was often borne by patrons who then distributed them for free at their local temple.

This pamphlet contains invocations to Guanyin, the Bodhisattva of Compassion. Reciting texts like these was thought to be extremely effective: it protected a devotee from harm and suffering, could cure illness, and result in many children. Anecdotes about the miraculous effects of reciting these texts boosted the production of these pamphlets in China, particularly during the Ming dynasty (1368–1644).