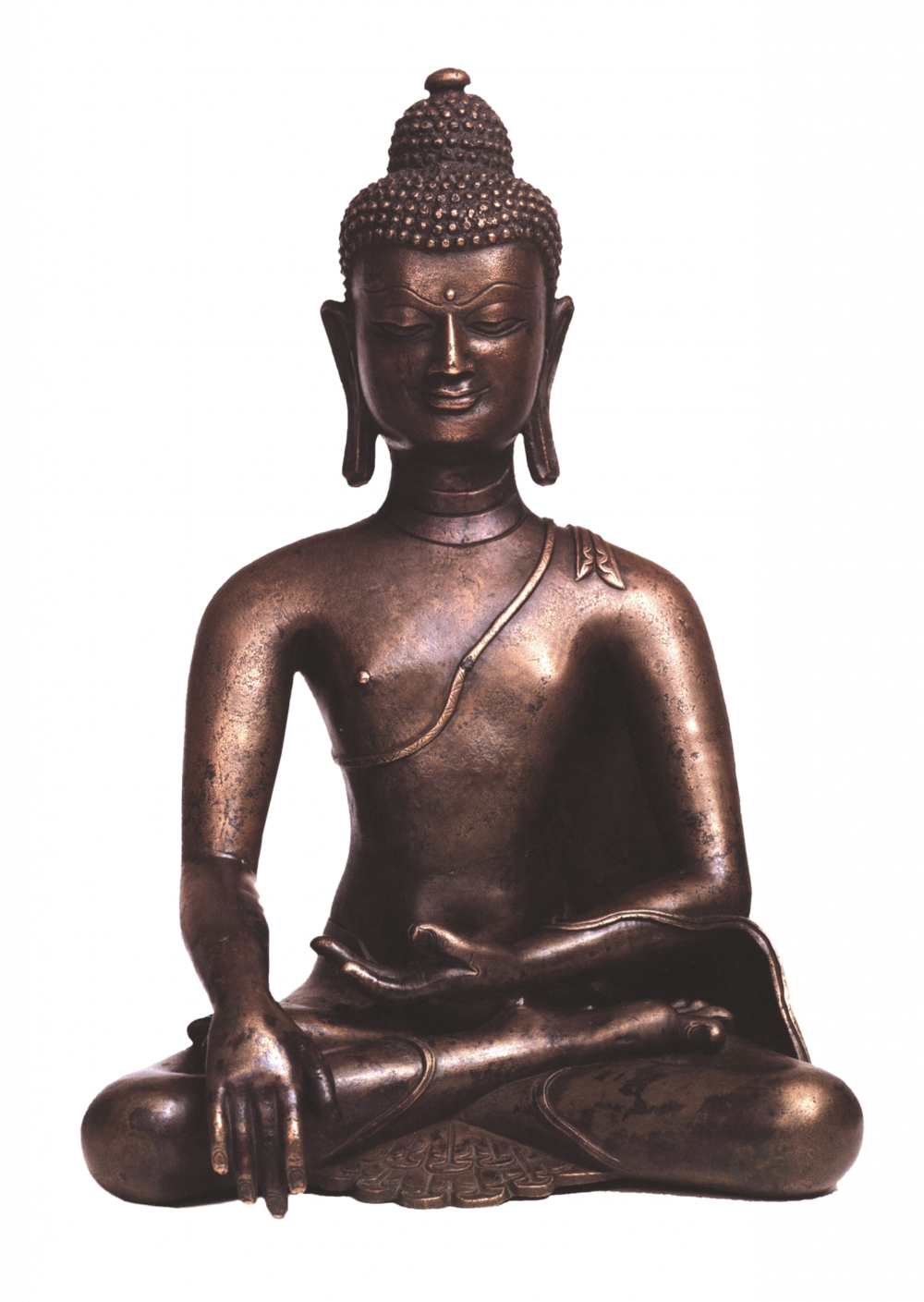 The Buddha is portrayed here at the moment of his awakening. His legs are crossed in the meditation posture, his left hand rests in his lap, and he extends his right hand to touch the earth.

This 12th-centrury figure is of cast brass; over time it has lost its golden hue. Stylistically, it closely resembles the Pala art of north-eastern India, which had a significant influence on the early Buddhist art of Tibet. The slim body is rendered naturalistically; the smooth robe appears to cling tightly to the body and can be recognized only because its hems are visible.