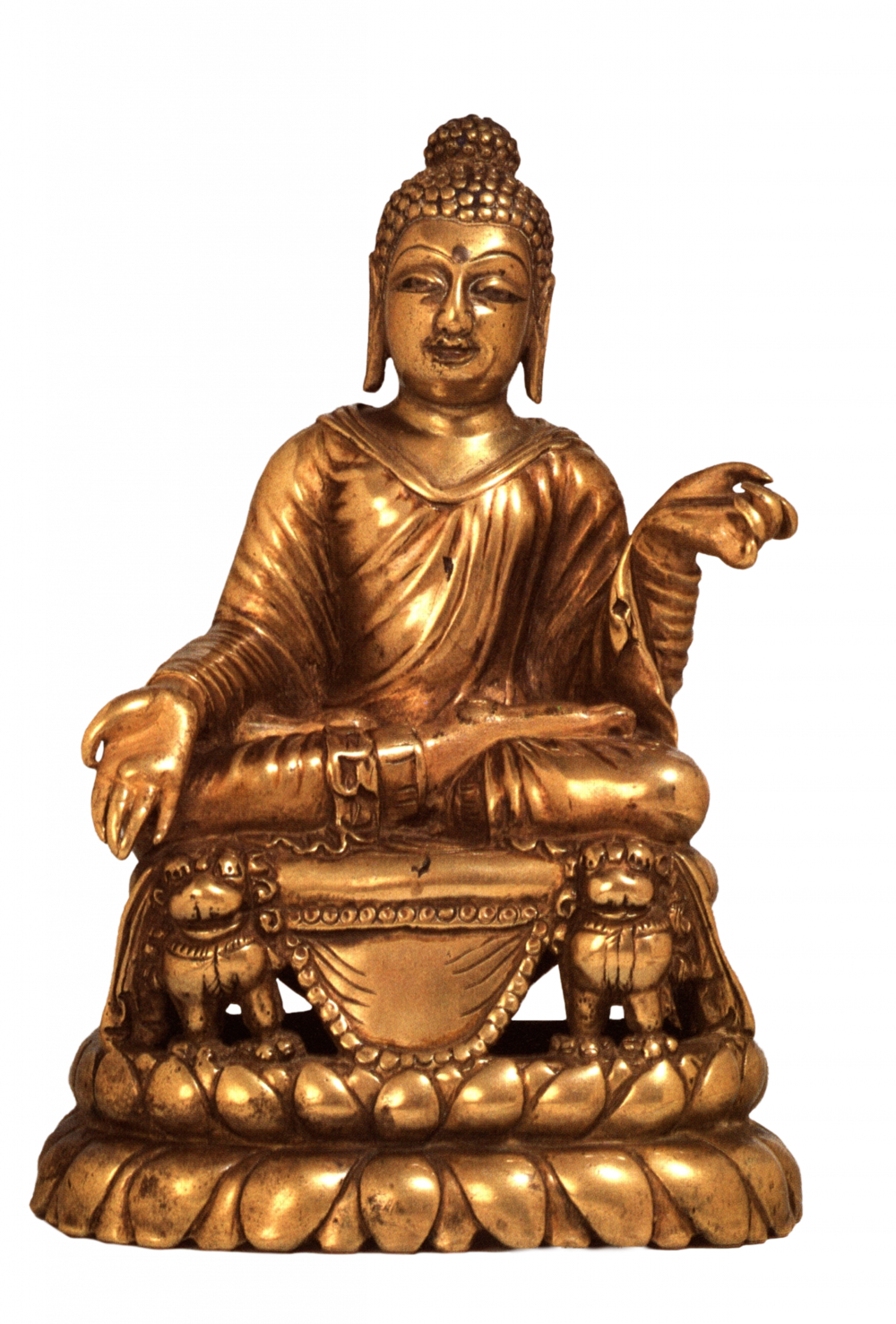 This small figure of the Buddha comes from the Swat Valley, at the western end of the Himalayas in present-day Pakistan. From the 4th to the 7th century, life in the valley was profoundly shaped by Buddhism. Chinese travellers at the time reported over one thousand monasteries and temples.

Stylistically, Swat figures clearly show the influence of Gandharan art, such as the naturalistic modelling of the body and the realistic folds of the drapery. Coppered lips and eyes inset with silver are typical features of art from the Swat Valley.