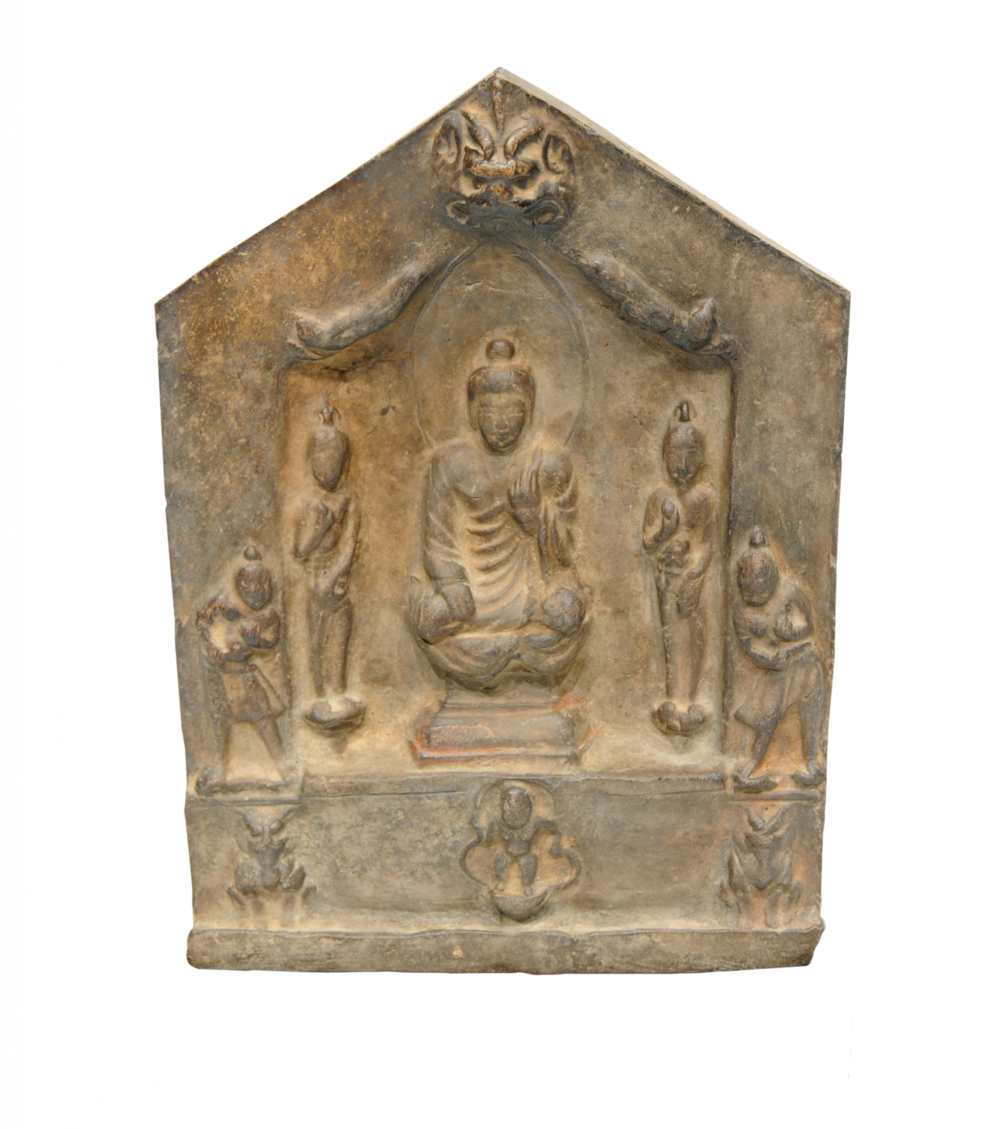 This earthenware tablet depicting Buddhist figures was probably intended for use on a family altar or as a votive offering at a monastery. Large numbers of clay tablets like this were produced using ready-made moulds, making them affordable to poorer members of society. Despite this, few examples have survived. Given the cheap material and simple production method, it is possible they were not deemed worthy of preservation.