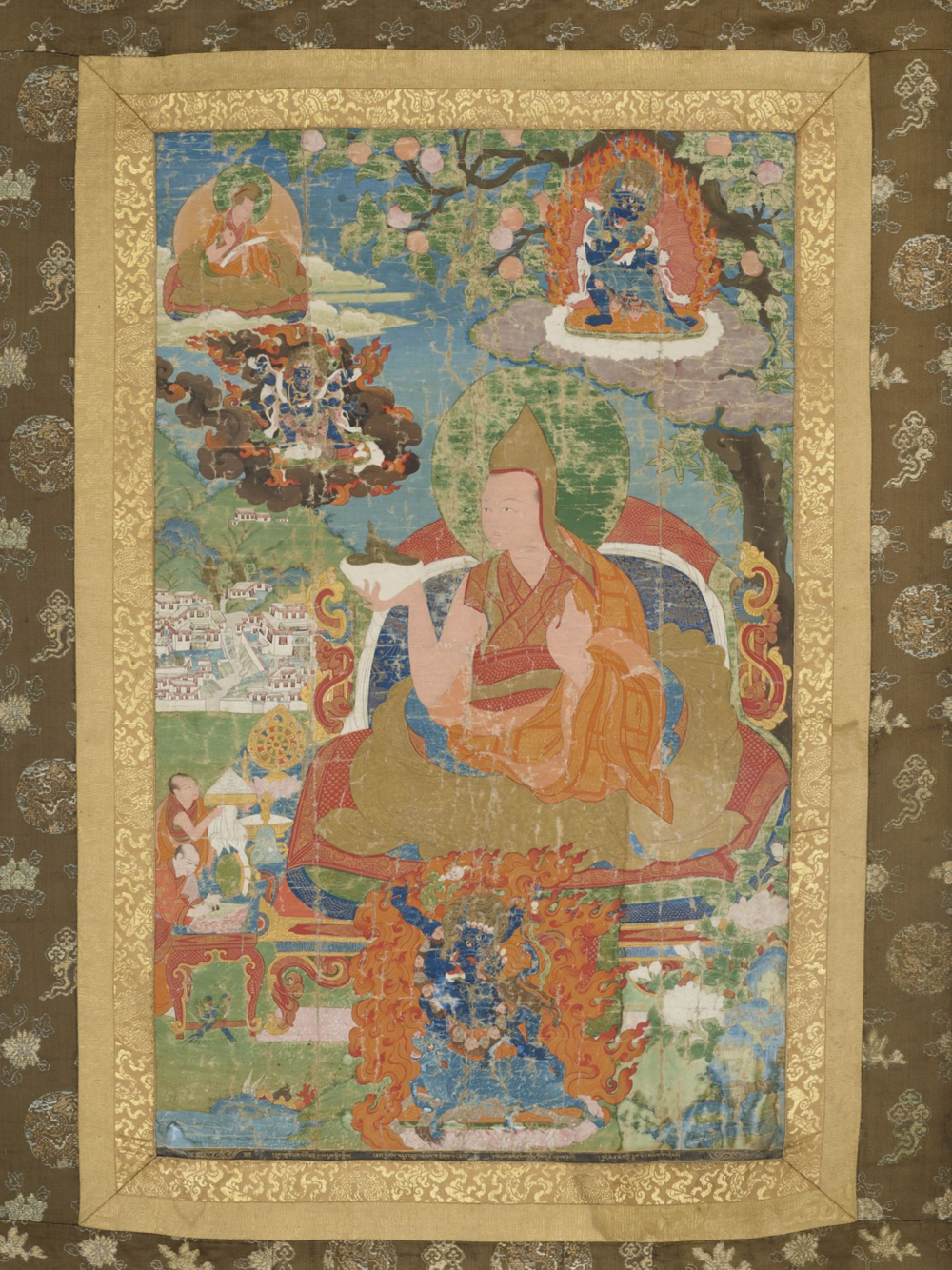 The Mongol ruler Altan Khan conferred the title of Dalai Lama (“Ocean-like Teacher”) on the head of the Gelug School in 1578.

After the lama's death, his reincarnation was found to be the son of a Mongol prince, thus further consolidating the ties between the Gelug School and its Mongol patrons. The child was recognized as the 4th Dalai Lama, Yonten Gyatso (1589–1617).

In this standardized portrayal, the 4th Dalai Lama sits upon a throne. To his right, we see the monastery of Sera, where he was abbot. Appearing in a vision at the top left is his teacher, Panchen Lama Lobzang Choki Gyaltsen (1570–1662). Three protective deities wreathed in flames surround the Dalai Lama.