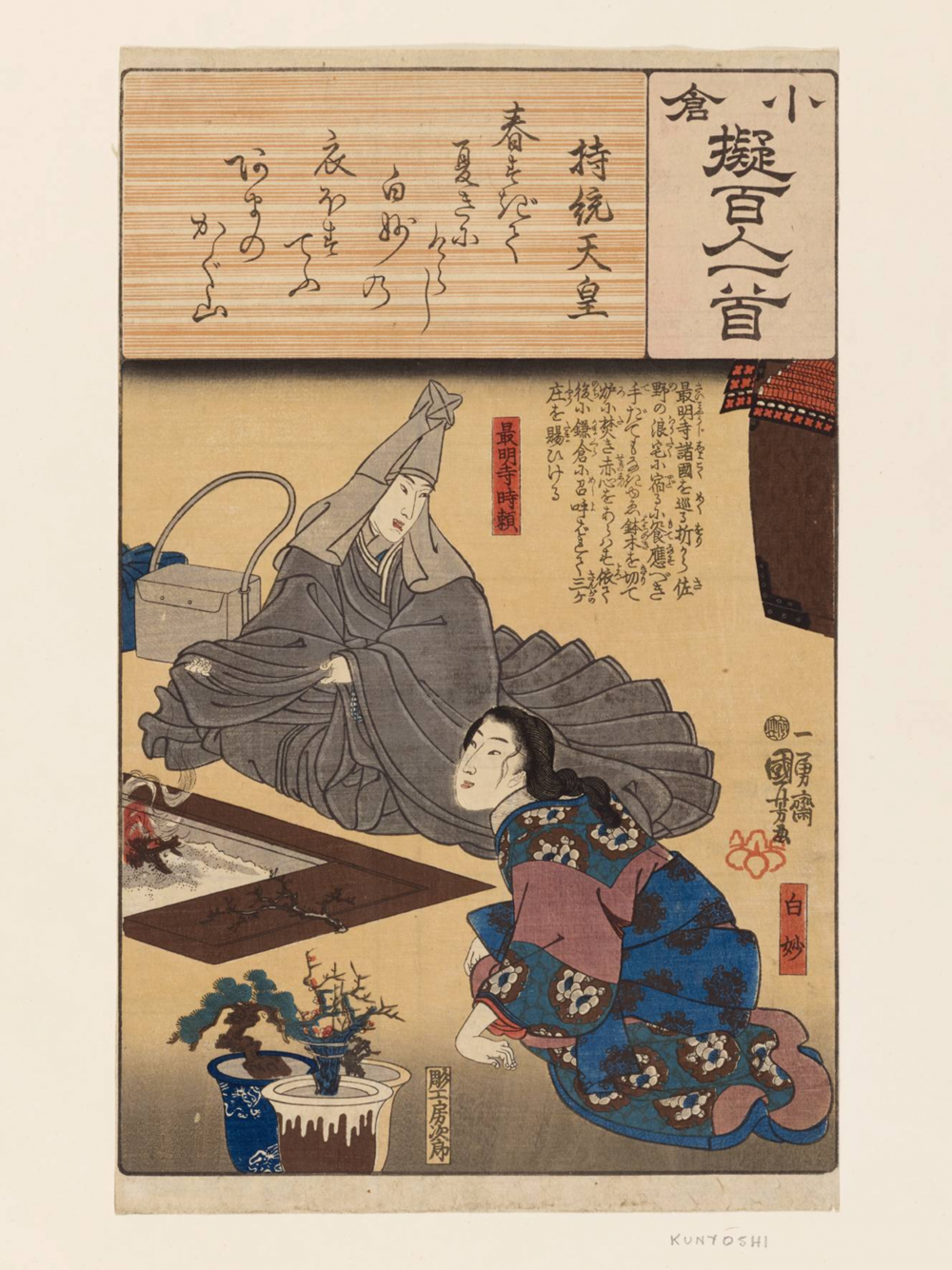 This leaf from a series of woodblock prints based on an anthology of one hundred famous poems shows the Empress Jito (645–703) and quotes a famous poem attributed to her.

The empress reigned from 686 to 697 when she abdicated in favour of her grandson. Jito withdrew to live as a nun in a Buddhist convent, but continued to wield power and influence over politics. This woodblock print shows her wearing the plain clothing of a nun.