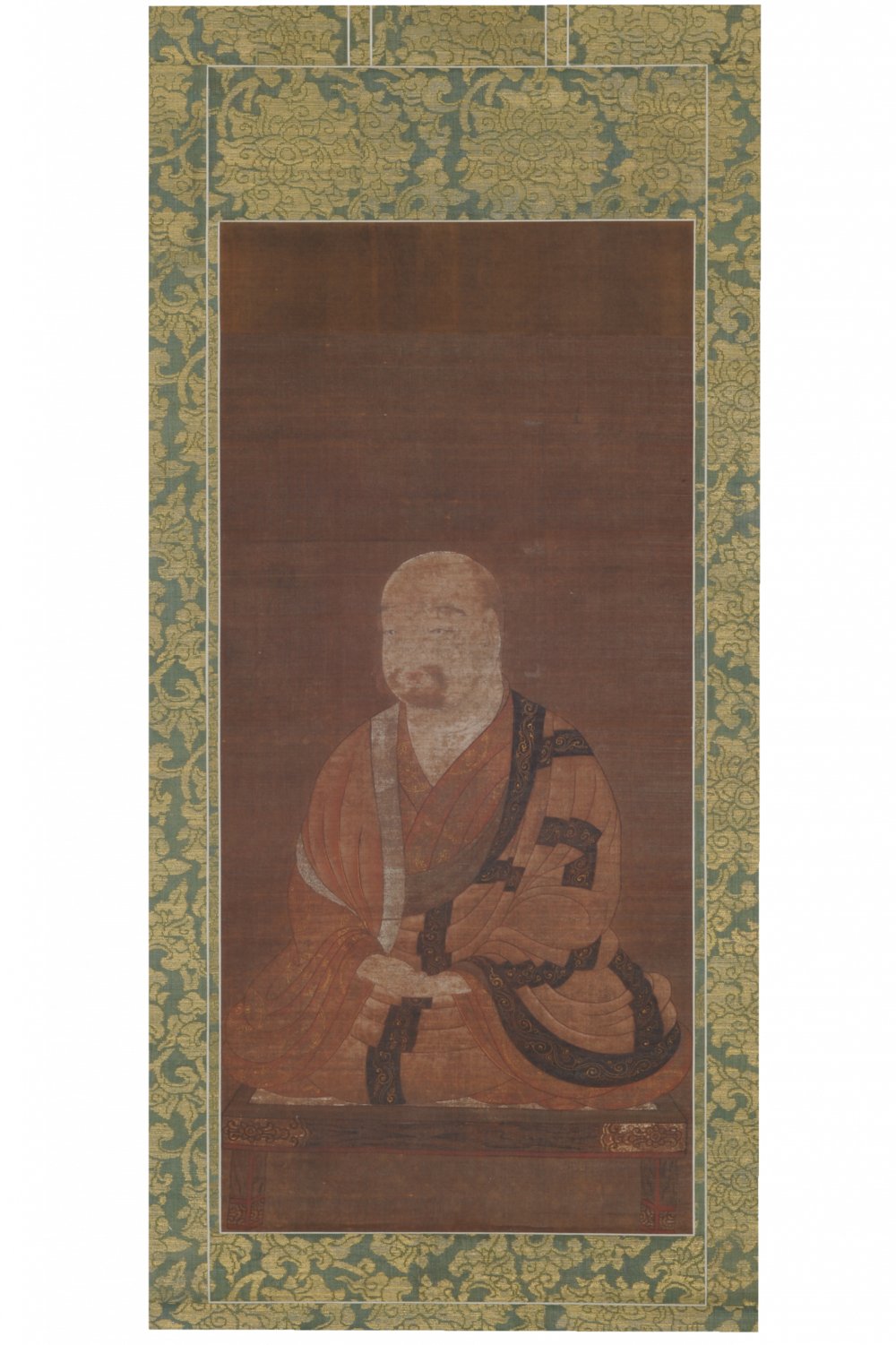 Portrait of the Abbot Ennin

The Japanese monk Ennin is shown here in deep meditation. He sits with his legs crossed on a small wooden plinth, his hands folded in his lap and his face radiating absolute calm.

Ennin (794–864) went to China with a Japanese delegation in 838. He travelled the country for eight years, visiting different monasteries. He later returned to Japan, bringing with him many new teachings. He is also famous for his diary-like travelogue.