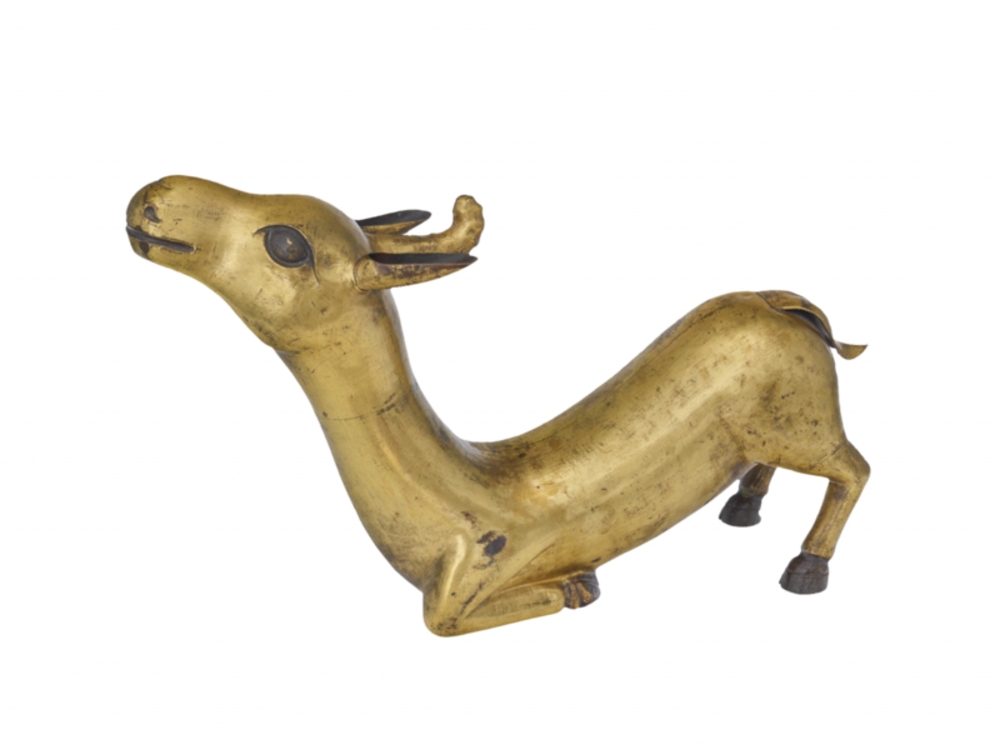 According to legend, the Buddha is said to have taught for the first time in the gazelle park of Benares. Ever since, gazelles have served as a symbol of the Buddha’s teachings. Even today, two gazelles along with a wheel are featured on the ridge of every teaching hall in every Tibetan monastery. This gazelle, too, probably once flanked the Wheel of the Law. Despite the horn on its forehead, it bears no relation to the mythical unicorn of European legends; instead, the horn identifies the animal as a male, which originally formed a pair with a hornless female.