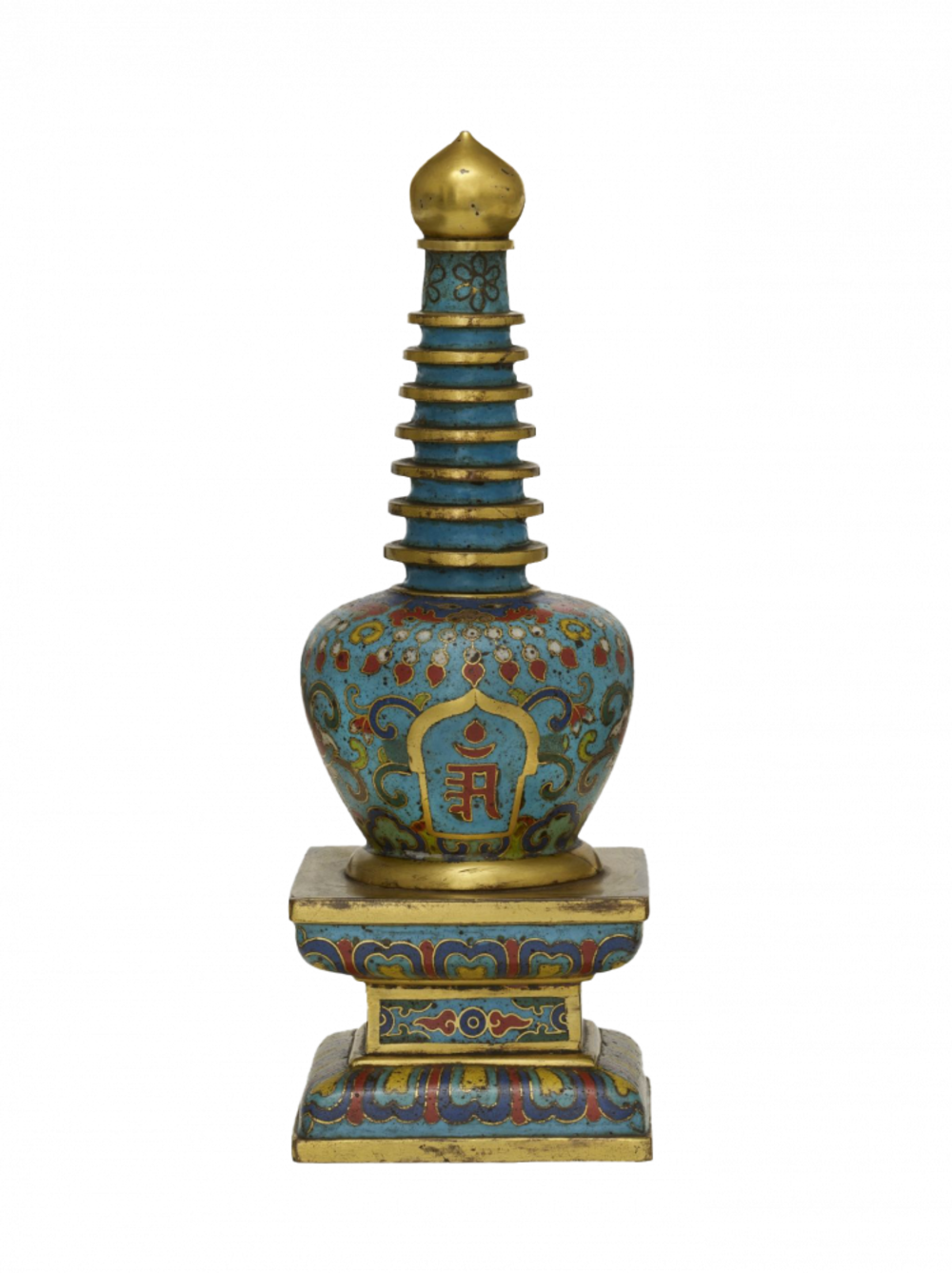 The form of this small stupa is typical of Himalayan reliquary shrines: it has a square base (waisted), a vase-shaped dome, and a tower of several rings crowned by a lotus bud.

This stupa was made in the 18th century in northern China, where Tibetan-influenced Buddhism enjoyed the patronage of the imperial court in particular. The cell enamelling (cloisonné) technique, which reached China from Europe in the 15th century, was much used in ritual objects for temples.