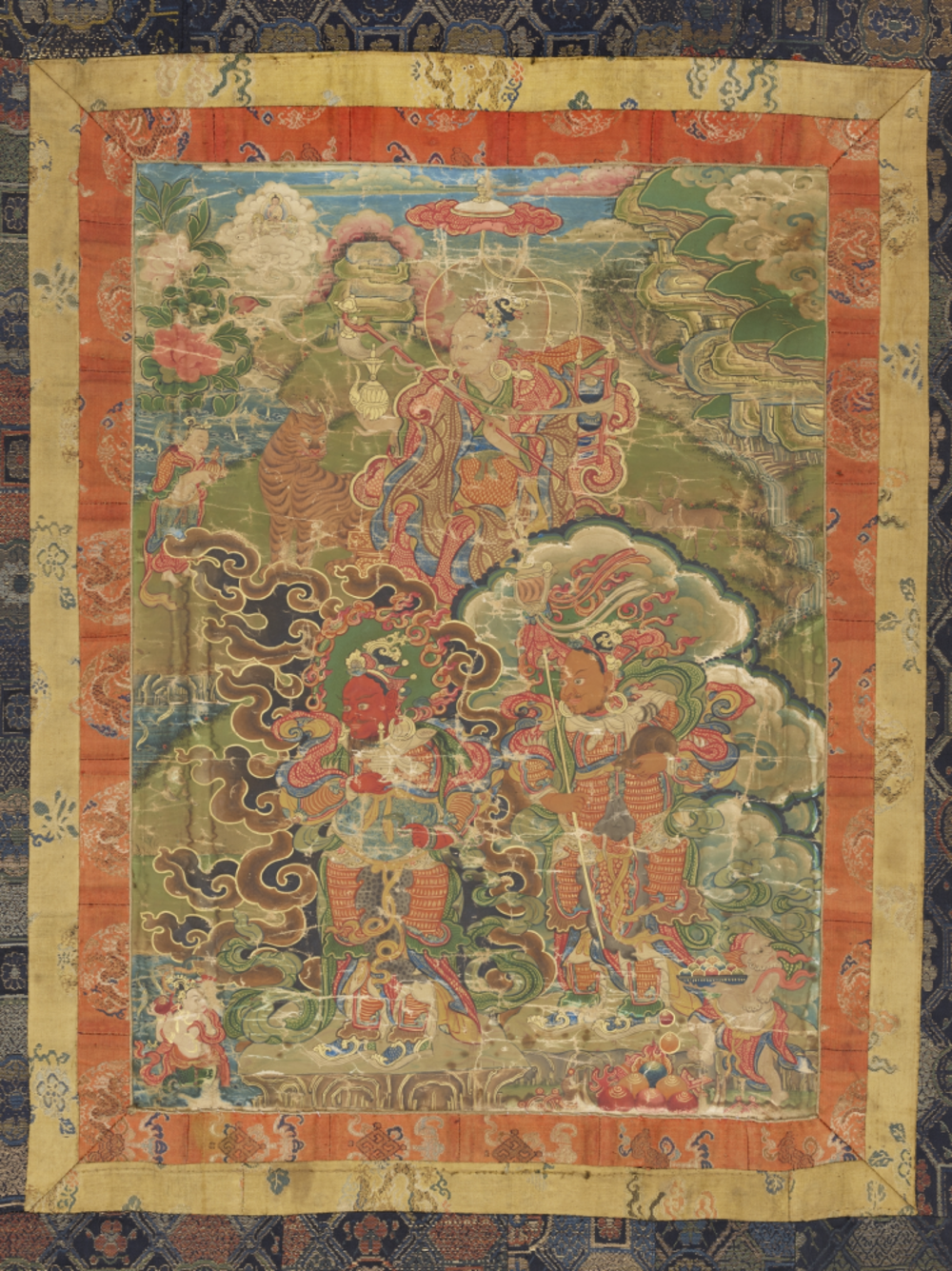 This is the rightmost scroll in the series of 7 thangkas. Two guardians of the universe, so-called lokapalas, turn to face the Buddha at the centre.

Above the scene, Dharmatala is depicted; in the Tibetan tradition he is venerated as the 17th arhat. He is said to have accompanied the 16 arhats on their legendary journey to China. On his back, he carries a kind of rucksack filled with books. He is accompanied by a tiger, which he is said to have created to protect the holy men on their journey.