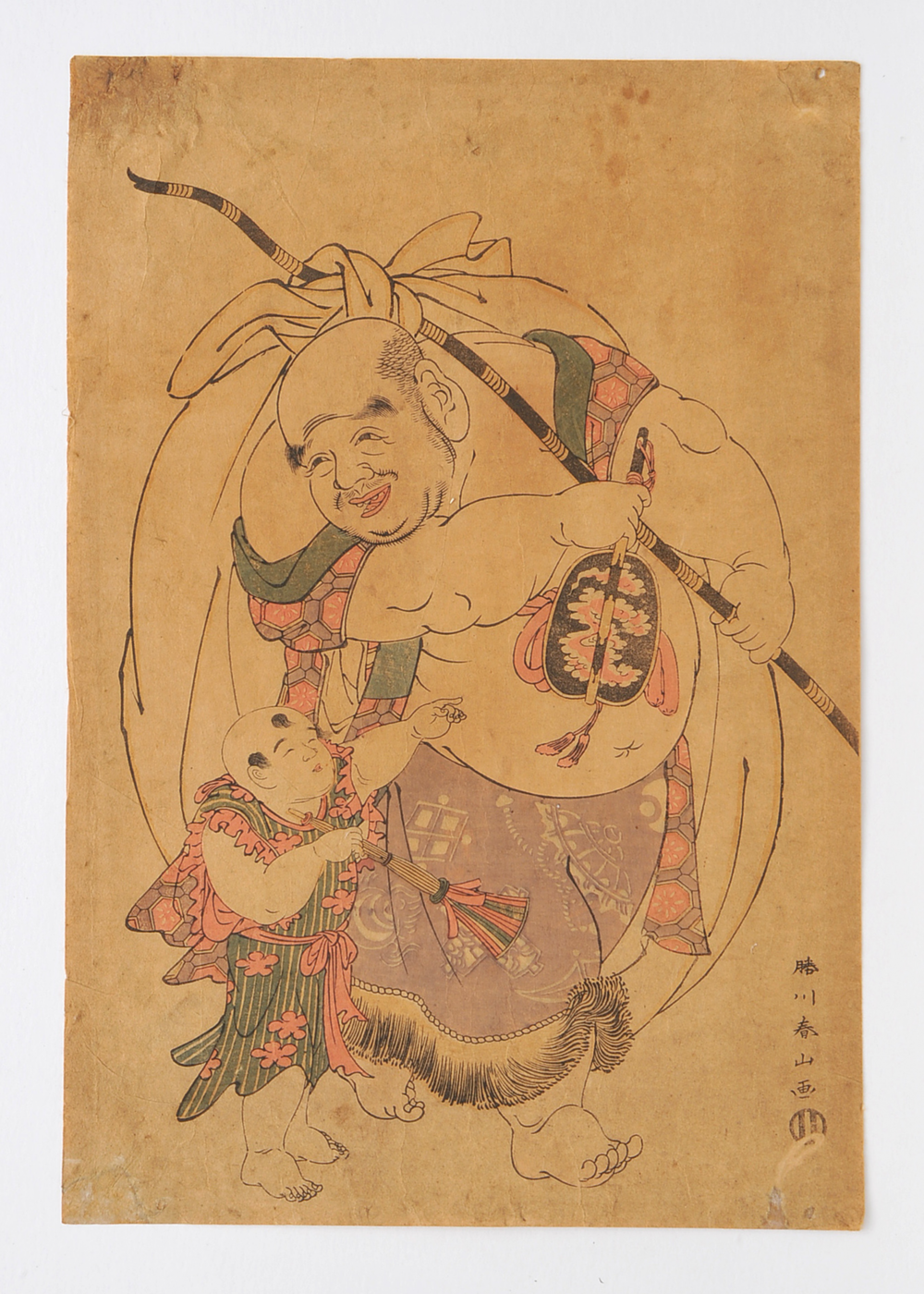 Hotei, One of the Gods of Good Fortune, with Child

Polychrome woodblock prints were very popular in Japan in the 18th century and were produced in large editions.

This print shows the 15th-century monk Hotei (Chin. Budai). His name literally means “hemp sack” and refers to the large bundle this legendary mendicant monk is said to have carried around with him. In China and Japan, he later became a god of good fortune. In this witty picture, the huge round sack frames the monk’s corpulent physique.