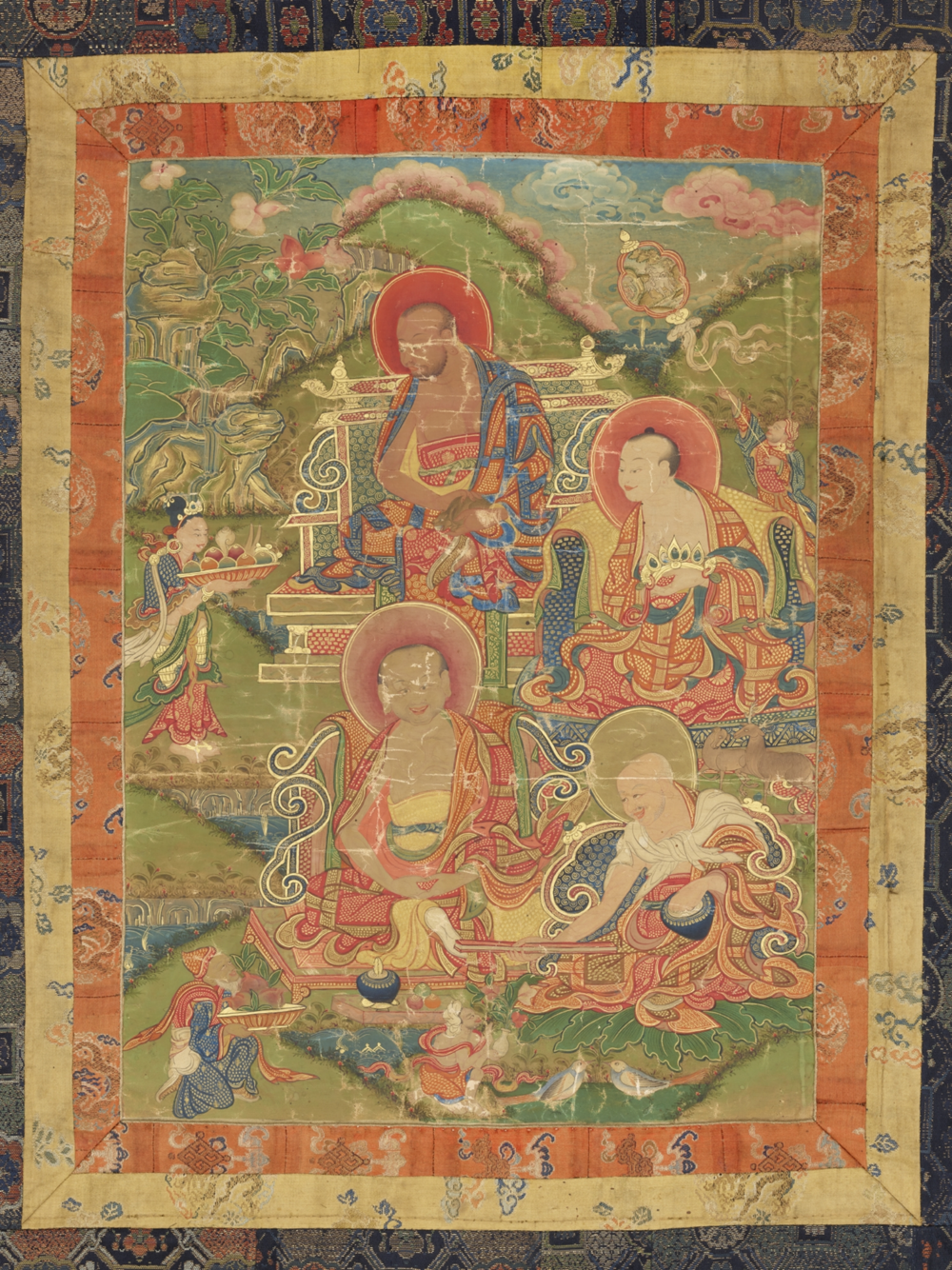 The Arhats Bakula, Rahula, Cudapanthaka, and Pindola From a series of 7 thangkas with Buddha Shakyamuni and the 18 arhats

This scroll is from a series of representations showing the Buddha’s legendary pupils. At the top left, we see the arhat Bakula carrying a jewel-spitting mongoose in his left arm. It symbolizes the wish to liberate all suffering people from poverty.

The picture of the four masters features numerous charming details. Especially noteworthy are the four small admirers. Their clothing tells us they are from different regions in Asia: China, the Middle East, southern India, and northern India. At the back on the right, a man is holding a tall fan which itself depicts a miniature landscape.