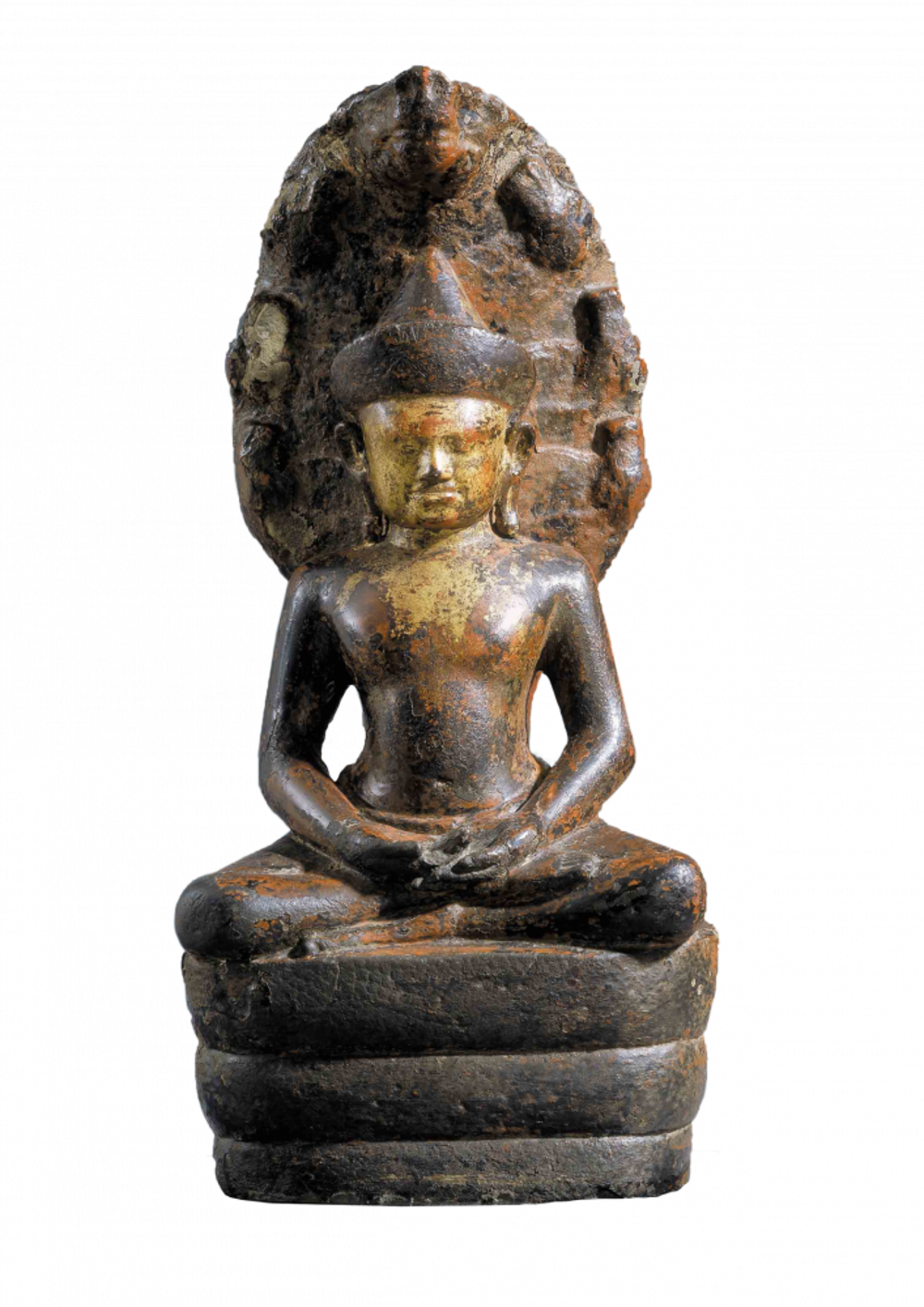 Buddha Shakyamuni Sheltered by the Serpent-King

Legend has it that Siddhartha, who would later become the Buddha, spent several weeks meditating beneath the Bodhi tree when a storm broke that was expected to last a week. The serpent-king Mucilinda hurried from the nether regions to protect him by opening his seven-headed hood over the future Buddha. Such depictions of the Buddha remain popular in the countries of South-east Asia to this day.