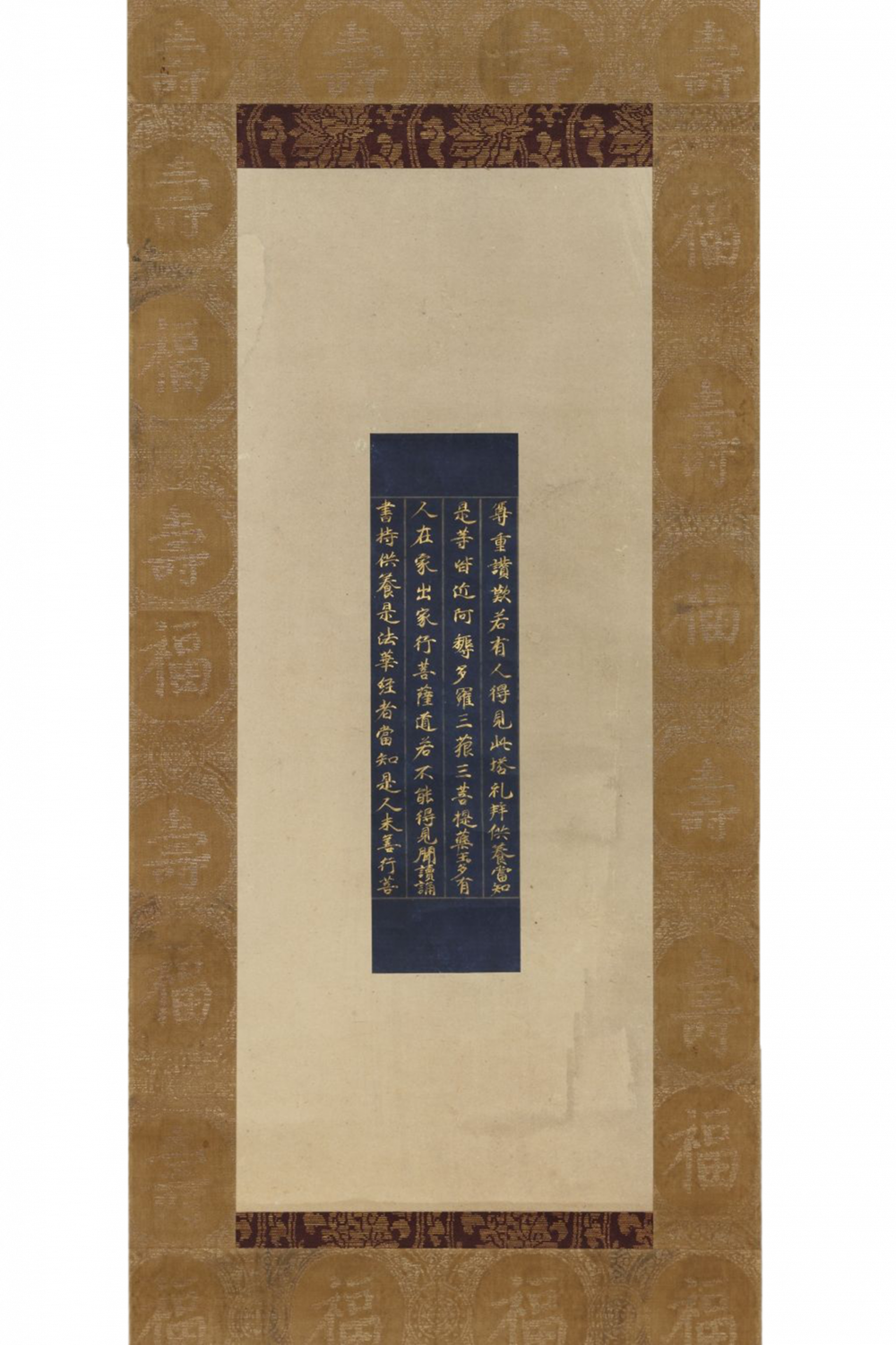 Excerpt from the Lotus Sutra

The Lotus Sutra is one of the most popular and influential Buddhist texts in East Asia. As the act of copying sacred texts was believed to earn a person merit, this particular text was copied countless times. Wealthy individuals often gifted valuable copies – such as this one with gold lettering on indigo blue paper – to temples.

This small fragment of four lines of text is from a long scroll that itself belonged to a set of several scrolls. Given its age, it is possible that the original scrolls suffered some damage; at some point this fragment was mounted as a picture.