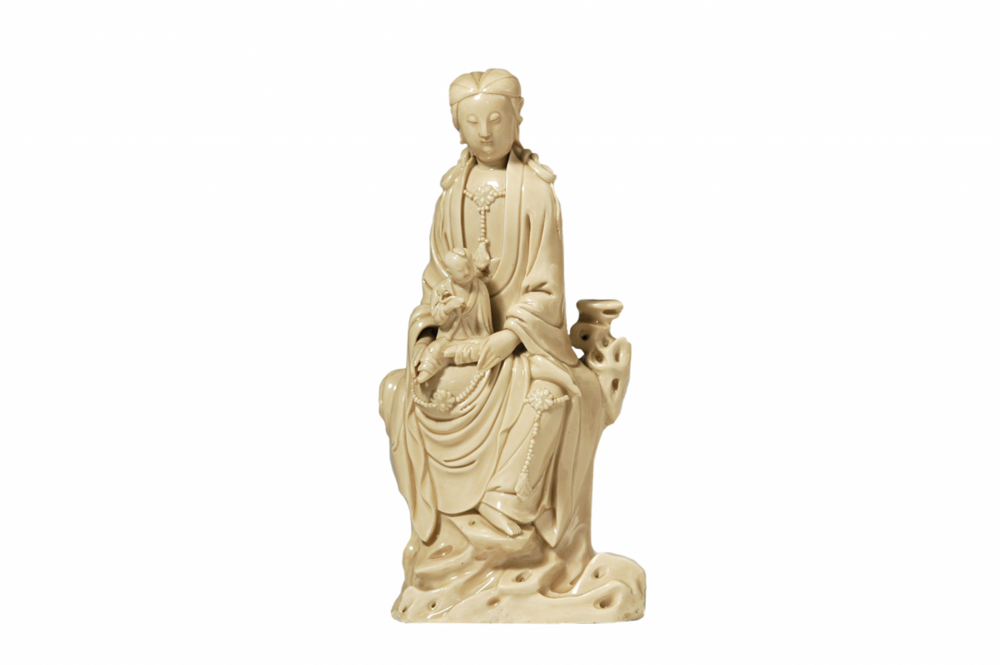 The Bodhisattva of Compassion as the Bringer of Sons

In China, women seeking help with their worries and troubles would often invoke the Bodhisattva of Compassion. Those hoping for a child, for instance, turned to him because he was considered to be the bringer of sons. He appears in that form here with a baby in his lap.

This porcelain figure with its ivory-white glaze is typical of the work produced by the porcelain makers at Dehua, in Fujian Province in south-east China