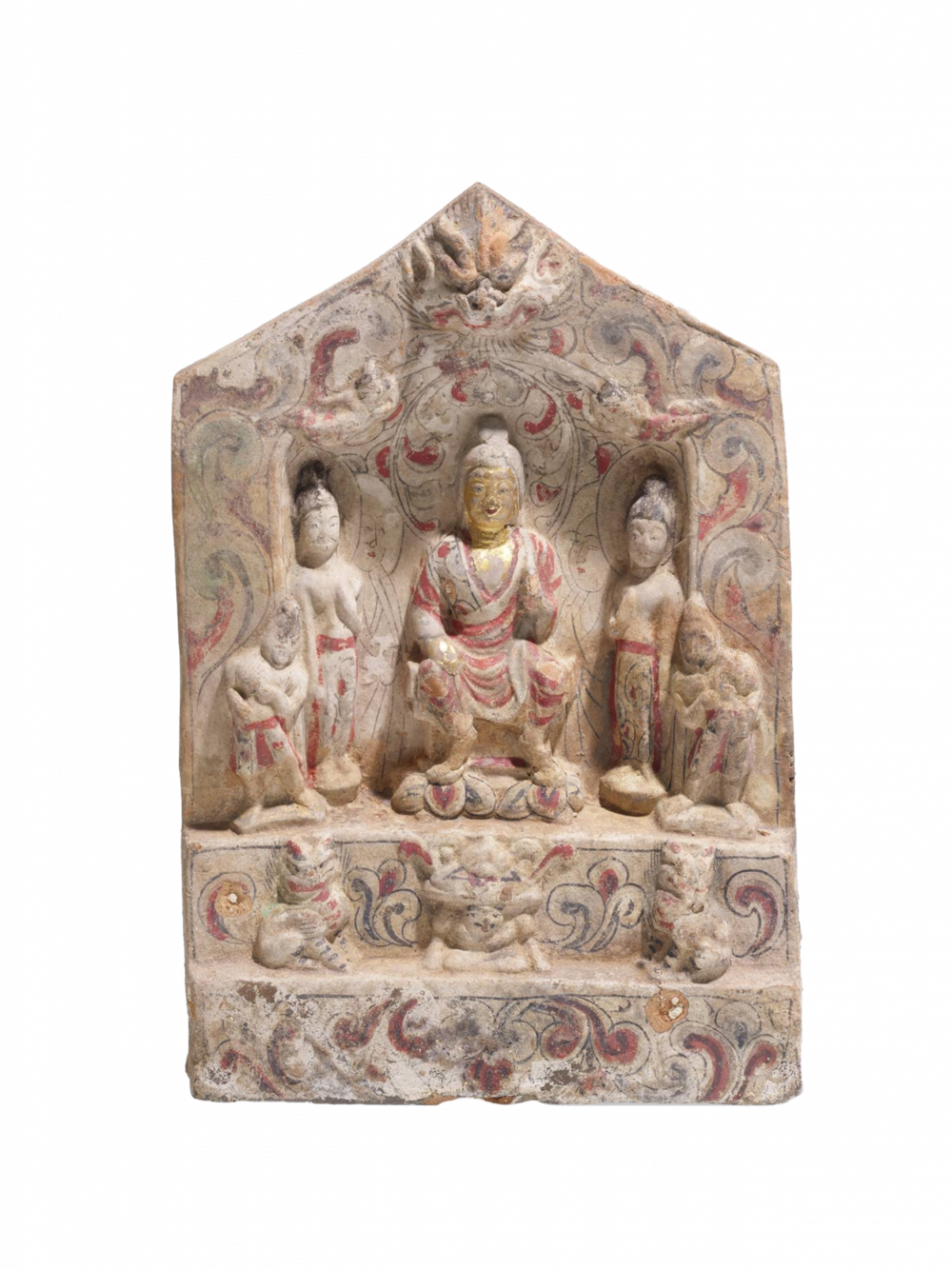 This earthenware tablet features a niche, a base, and a pitched roof. The central figure is Maitreya, the Buddha of the Future; unlike other Buddhist deities in China, he is typically shown sitting with both legs extended towards the ground. He is framed on either side by two monks and two bodhisattvas; guardian figures stand at the outer edges of the niche. On the base below them, a lion sits on either side of a censer. Two celestial nymphs called apsarases soar above the niche, while a monster mask is depicted in the apex of the roof.