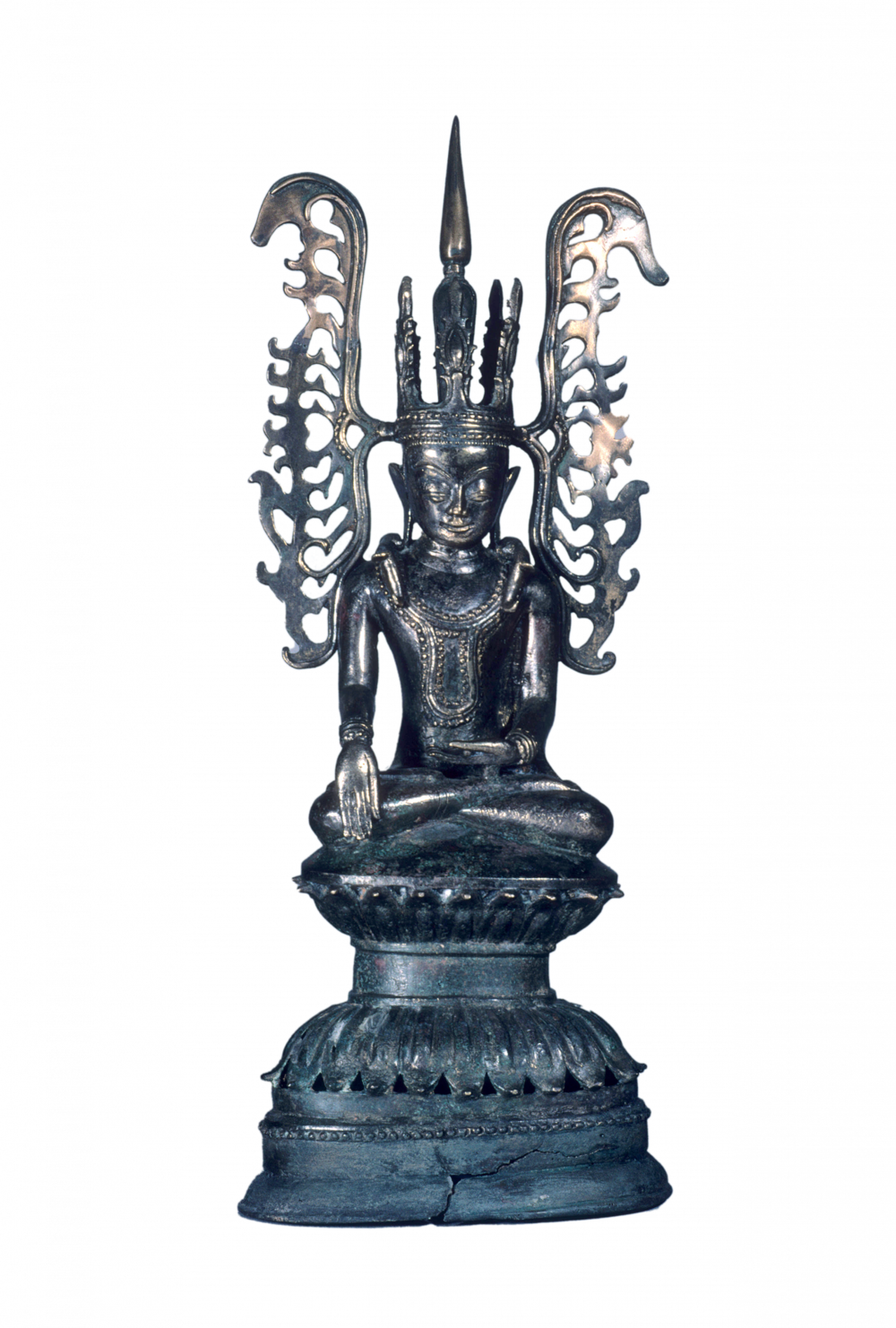 Buddha Shakyamuni Invokes the Earth Goddess as his Witness

Prince Siddhartha is seated on a throne and, at the instant of his awakening, he invokes the earth goddess as his witness. It is at this moment that he becomes the Buddha.

A particularly striking feature of this Buddha figure is that it is magnificently adorned. The Buddha is wearing a large crown, chains, and armlets. The image shows that the Buddha was not always depicted as poor and without possessions, but also as a mighty and richly adorned ruler.